Though the storm is merciless, the world is full of love. Recently, Zhengzhou and other cities in Henan Province were hit by extremely heavy rainfalls, which led to serious floods and water-logging. On July 22, 2021, GEM donated one million RMB to Henan Province for flood control and disaster relief. In order to strengthen post-disaster health and epidemic prevention, GEM produced 80 tons of 84 disinfectant overnight on 24-25 July and sent it to Henan Province. As of the evening of July 25, GEM had made a total donation worth more than two million RMB.

In order to ensure no epidemics occur after the disaster for the sake of the health of Henan people, GEM Jingmen Industrial Park started several production lines in the disinfectant workshop, which were built in emergency when COVID-19 epidemic first broke out and received the hygiene certificate from Hubei Province). Nearly 100 workers and managers worked hard to produce the disinfectants. After working overnight on July 24, 80 tons of 84 disinfectant were produced, filled and packaged, which were transported to Zhengzhou and other severely-affected regions in Henan on the morning of July 25.

As the flood gradually receded, GEM received huge demands for disinfectant from regions in Henan Province (Zhengzhou, Xinxiang, Weihui, etc.). Board Chairman Xu Kaihua said GEM was willing to do the best to help the people of Henan through the difficulties. As long as there was demand, GEM will donate disinfectant to Henan continuously.

GEM always keeps heart to heart with employees. After the disaster broke out, the Party Committee and Trade Union of GEM showed care to the employees originated from Henan, organized investigation and statistics on how their families were impacted, so as to evaluate the disaster situation and impact on houses, roads, crops and so on. After evaluation and investigation, it was found that 29 families of employees from Henan Province have been affected. According to different disaster degrees, GEM provided them with subsidies and support, totaling 67,000 RMB.

Love is invisible and boundary-free. GEM is always fulfilling its CSR while carrying on the philosophy of green industry and positive energy in the new era. 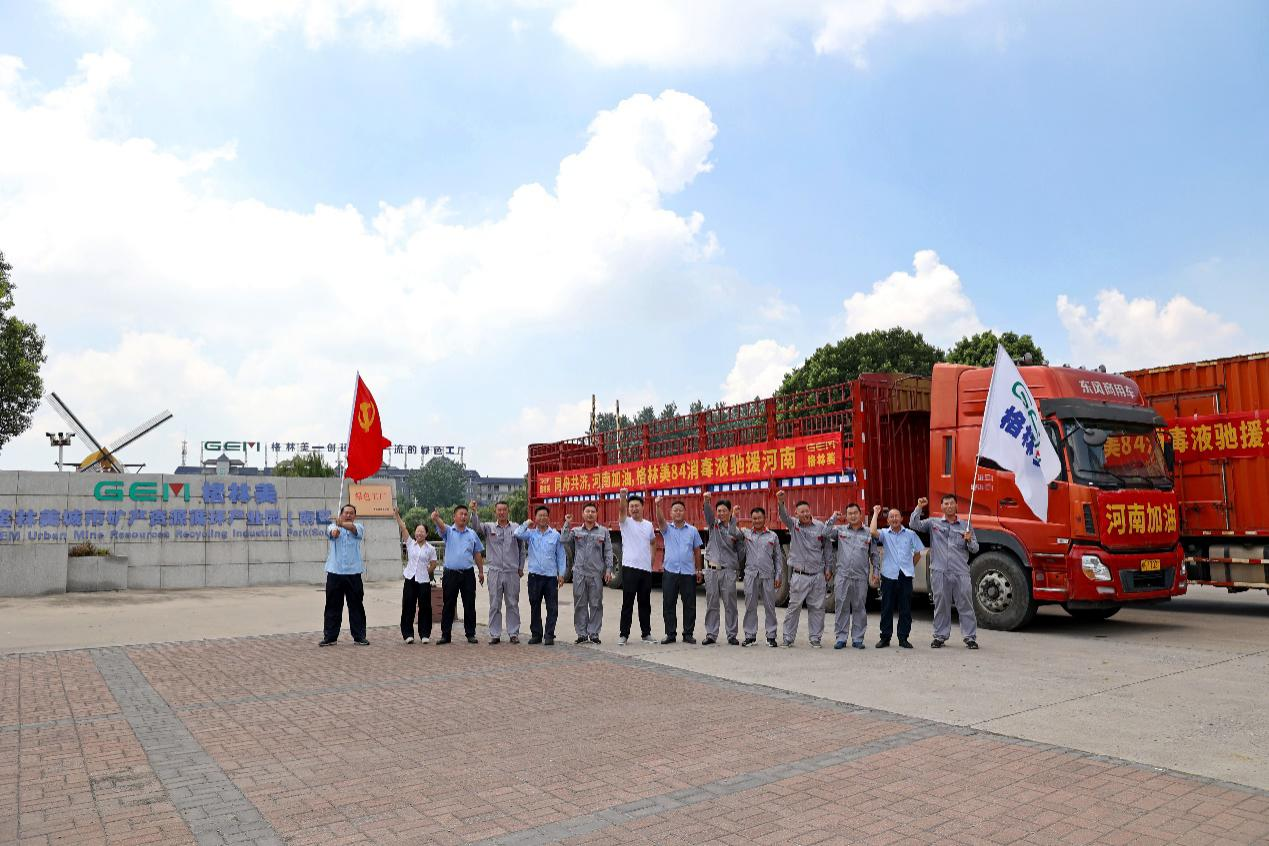 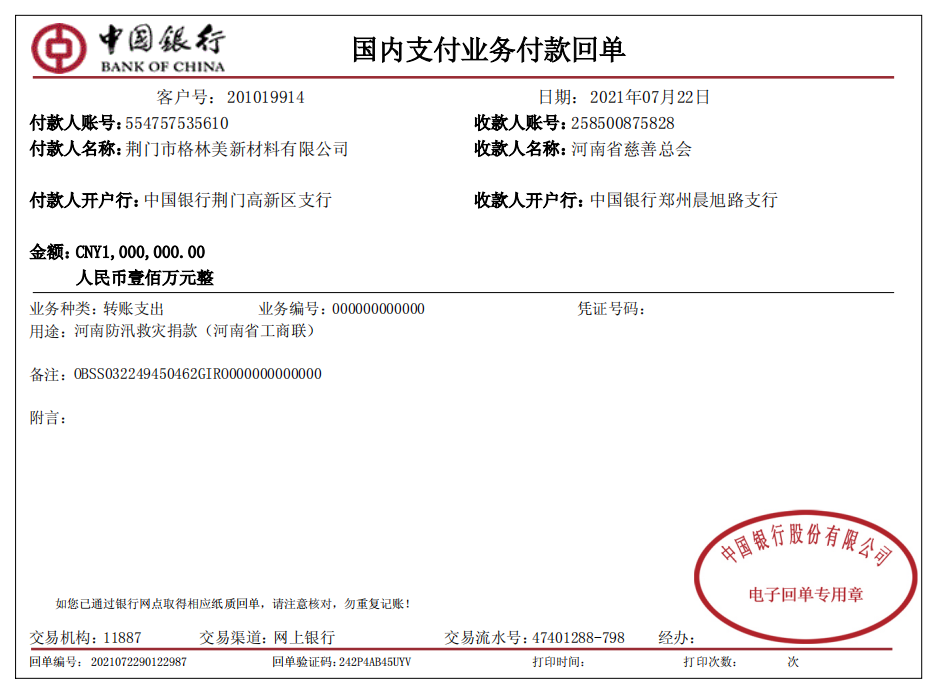 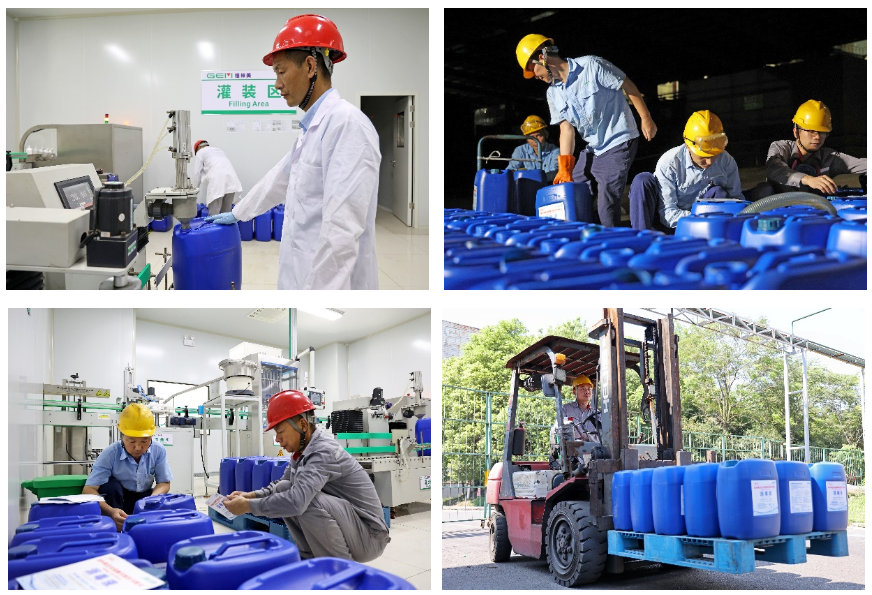 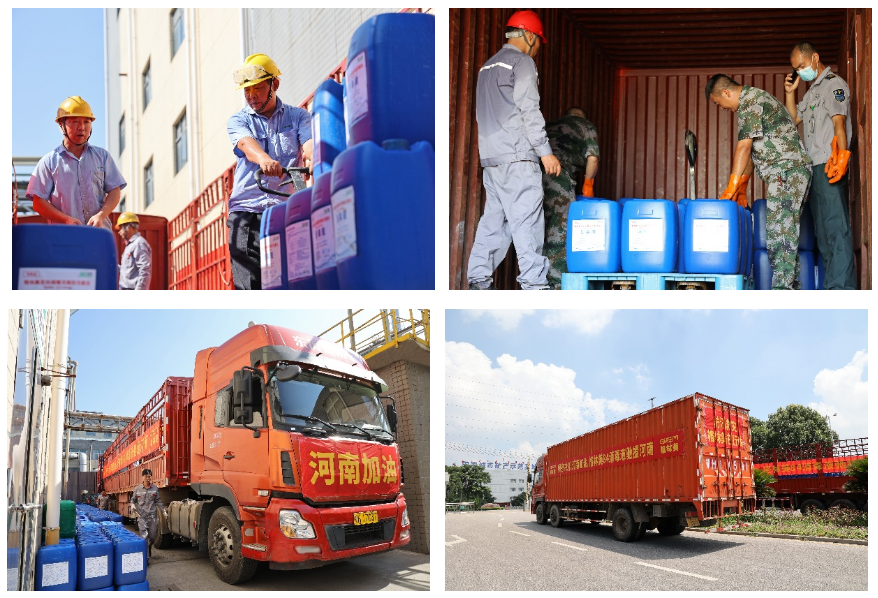 Photo 4 On July 22, GEM and other donors in Hubei Province transported the first batch of supplies (mineral water, etc.) to Henan 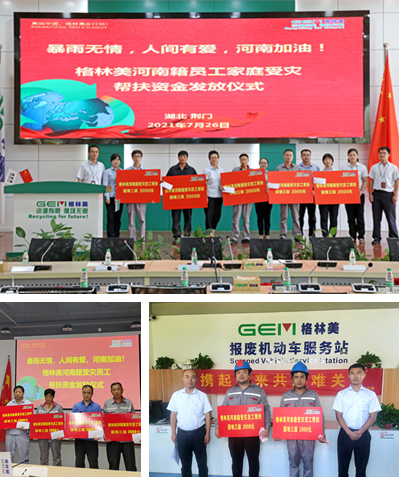