In the Morning on November 16, 2019, GEM Jingmen Park held the Public Visit Day. Nearly 50 participants, including local residents of Jingmen, environmentalists, environmental protection supervisors, and journalists, entered the production frontline of GEM parks after signing up and being invited. This event was attended by leaders from competent authorities including the Municipal People’s Congress of Jingmen, Jingmen Municipal Bureau of Ecology and Environment and Duodao Sub-bureau, and Jingmen Association of Environmental Protection Volunteers. During the visit and conversations, the leaders were accompanied by GEM executives including Tang Dan, the supervisor of GEM, Zhou Jifeng, GEM deputy general manager, Zhang Kun, GEM deputy general manager, and Liu Tao, the deputy general manager of Jingmen Park cum the director of Environment Business Unit.

Before the event, they inspected the environment around the park as requested by resident representatives. Then, they visited the “Urban Mines” Museum of GEM, the automatic monitoring station of ambient air quality, the green treatment workshop for electronic wastes, the ternary power battery material manufacturing center and the exhaust gas treatment facility system, the “Three Waste” Management Center, the reclaimed water circulation system, and the entire green waste management chain from waste recycling to pollution-free treatment. They also witnessed the healthy operation of environmental facilities.

After the visit, an open-minded seminar was held in the international conference hall of the park. Warm-hearted citizens commented fairly on what they saw and heard during the visit day, and exchanged their ideas on the spot. Citizens generally believe that the personal visit to the production line and on-site investigation and understanding of environmental protection facilities helped them refresh their impression on GEM. As an outstanding enterprise engaged in recycling business based on advanced technologies, GEM has made noticeable investments and efforts in environmental facilities and environment harnessing. Meanwhile, they suggested that it is necessary for the company to run positive publicity campaigns to eliminate misunderstandings while expanding their scale and clout.

Two citizen representatives from nearby communities also expressed their urgent need of improving the current air quality. They were very glad that GEM was conscious enough to improve environmental management and able to take the initiative to invite citizens in their parks. They recognized the attitude and determination of GEM.

Sun Zhibin, the chairman of Jingmen Association of Environmental Protection Volunteers, said that the commitment and effect of GEM in environment harnessing was recognizable. He raised four suggestions for the future environmental management, summarized as being more open, more transparent, more scientific, and more responsible. That means the park needs to open itself to the public more frequently, monitor the environment in a more scientific manner and announce the result transparently, and take more social responsibilities more actively.

GEM’s supervisor Tang Dan indicated that the growth of GEM can never be so successful without the support of Jingmen people. He said the development goal of the company was to achieve the integration of production, ecology and life. GEM will be more accessible and aggressive in publicity and environment harnessing.

The deputy general manager Zhou Jifeng indicated that GEM would take residents’ requests seriously and correct any shortcoming to improve the capability of environment harnessing, ensure the full-process clean production, achieve 100% organized and conforming discharging throughout the group, minimize the disturbance on residents and the emissions. He also committed that GEM would always stick to the concept of transparent and open business, hold fast to the determination and intensity of environmental governance, announce discharge reduction targets and environmental information, and accept the supervision by the public.

Liu Tao, the director of the Environment Business Unit of Jingmen Park, also said all production workshops in Jingmen Park were equipped with complete and specifically watched environmental facilities that run for 24 hours a day. The park follows the standard of full-process clean production and accepts random inspection any time, thus being capable of realizing 100% organized and conforming discharging.

During the seminar, Zhou Jian, the standing member of the Jingmen Municipal People's Congress, along with the head of Jingmen Municipal Bureau of Ecology and Environment, also actively expressed that they would intensify environmental investigations, enforce laws more strictly, and work with enterprises in positive publicity.

After the event, Jingmen park and participating residents created a “community-enterprise liaison group” and announced the contact information of all environment management persons of GEM Jingmen Park.

In the future, GEM Jingmen Park will regularly hold more Public Visit Days in different forms, run the park in a more open and transparent way, announce environment information, and work with the city to fight against environmental pollution. Meanwhile, all sectors are welcomed in GEM to join hands together with Jingmen people for realizing the green dream of clean environment. 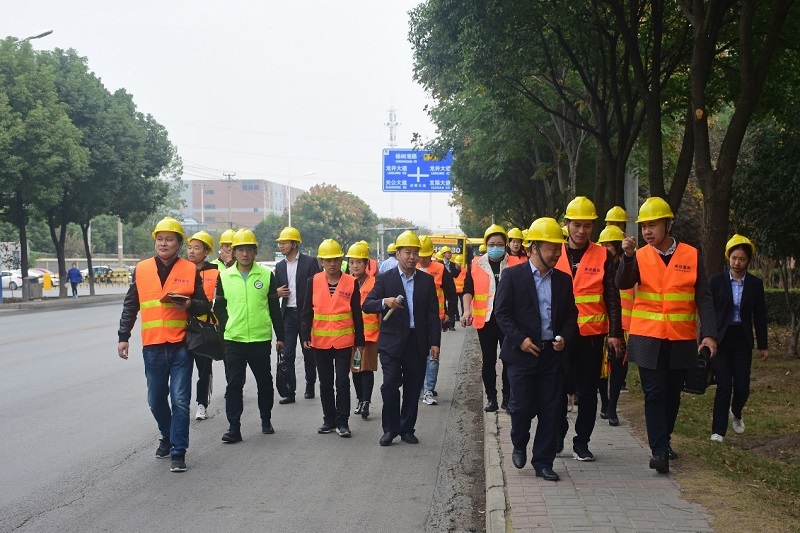 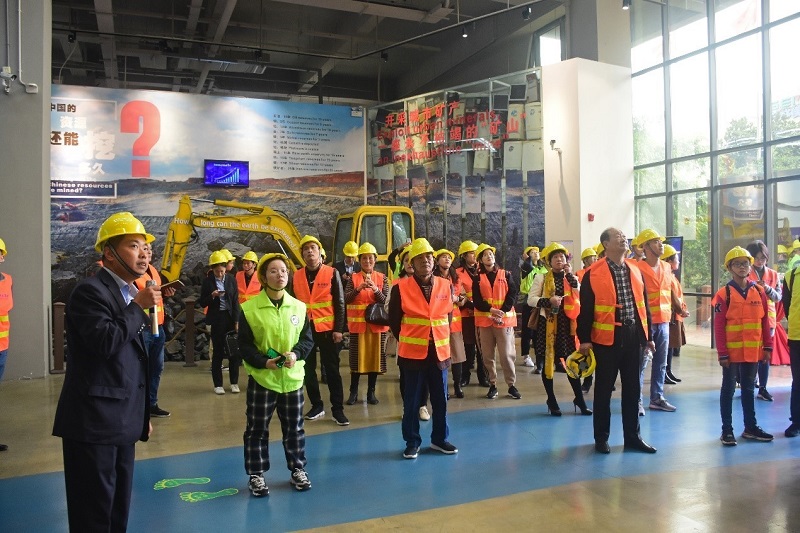 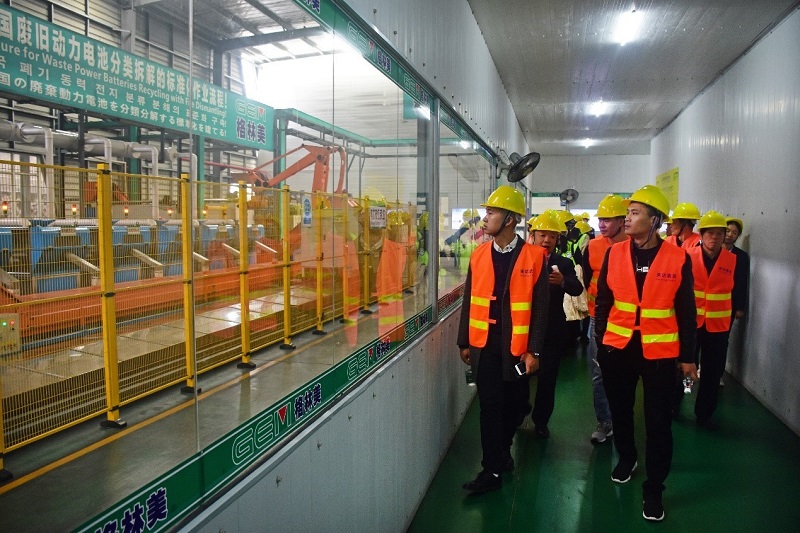 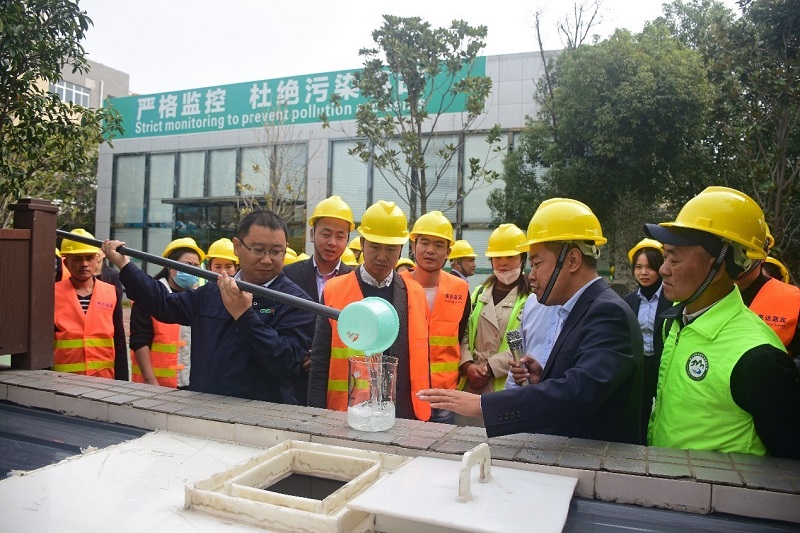 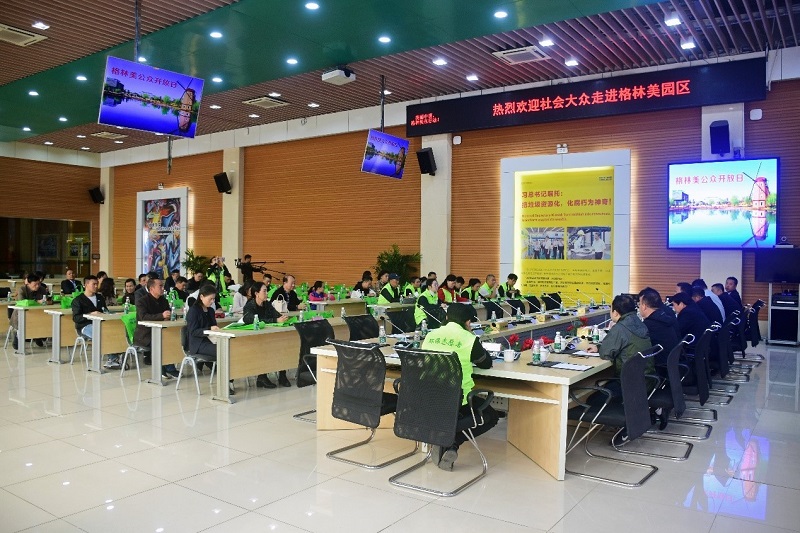 Figure 5 The scene of exchange seminar