Incorporated by Professor Xu Kaihua in Shenzhen on December 28, 2001 and made its IPO on Shenzhen Stock Exchange in January 2010 (stock code: 002340), GEM Co., Ltd. represents Green, Eco, and Manufacture.By the end of 2021, GEM has a total share capital of 4.784 billion shares, net asset value was 14.2 billion Yuan, annual output value was more than 20 billion Yuan and over 7,000 registered employees. As China's first listed company in urban mine resource exploitation, In 2021, GEM Was Honored in:“Forbes 2021 TOP 50 list of China's most innovative companies(TOP 5 in the field of new energy vehicles and parts)”“2021 Hurun China Top 100 Private Enterprises for Sustainable Development (8th)”“Top 500 Chinese Enterprises in Patent Strength (159th) ”“Top 500 Listed Companies in China (488th) ”.It is a globally leading company in the cemented carbide material industry and the new energy material industry. It is the world-leading waste recycling enterprises, new energy material enterprises and urban mining enterprises.

We have worked tirelessly for "Eliminating Pollution, Recycling Resources" through thick and thin over the last two decades!

GEM is an advocator of the industrial philosophy that "Limited Resources, Unlimited Recycling" and a pioneer of exploiting urban mines in China. For the past 20 years, GEM has been pursuing the goal of peaking carbon dioxide emissions and achieve carbon neutrality by exploiting urban mines, developing new energy materials, and establishing a resource recycling mode and a clean energy material mode. GEM has tackled a series of worldwide technical challenges such as the waste battery recycling technology, the green treatment of electronic waste, the recycling technology of scrapped vehicles, and the core technology of ternary power battery materials; made breakthroughs in key technical bottlenecks in the green treatment and recycling of waste batteries, electronic wastes, and scrapped vehicles; constructed a globally-advanced new energy full-life-cycle value chain, a recycling value chain of cobalt, tungsten, and other rare metals, the recycling value chain of electronic wastes and plastics, as well as other resource recycling modes and new energy recycling modes. GEM has established 16 waste recycling and new energy material parks in 11 provinces and municipalities including Hubei, Hunan, Guangdong, Jiangxi, Henan, Tianjin, Jiangsu, Zhejiang, Shanxi, Inner Mongolia, and Fujian, covering 3000 kilometers and establishing cooperative relationship with nearly 500 million Chinese citizens in waste recycling. Its footprints of green recycling cover the entire China. With successful presence in South Africa, South Korea, and Indonesia, it radiates the whole world with green technologies.

GEM has cumulatively recycled 10% of China's used batteries (excluding lead-acid batteries), 4% of its scrapped vehicles, and 10% of its e-waste. We have recycled and disposed of over 75 million scrapped home appliances over the last decade, accounting for more than 10% of China's current total. If one lined up all the scrapped home appliances that we have recycled and disposed of one-by-one, they would encircle the globe twice around the equator. Through our work, we have reduced carbon dioxide emissions by more than 2 million tons, oil consumption by more than 3 million barrels, deforestation by 3,000 hectares, and soil pollution by more than 20,000 square kilometers over the past decade, thus making positive contributions to China's efforts to win the battle against air pollution and mitigate greenhouse gas emissions.

GEM has established urban mines generating tens of millions of tons of cobalt and nickel resources, effectively addressing the issue of nickel and cobalt resources recycling for the global sustainable development of new energy. In 2021, we recovered over 4,000 tons of cobalt resources and over 6,000 tons of nickel resources, accounting for more than 200% and more than 6% of China's raw (mined) cobalt and nickel yields, respectively.

Each year, the company disposes of more than 5 million tons of wastes, and recycles more than 30 kinds of scare resources, such as cobalt, nickel, copper, tungsten, gold, silver, palladium, rhodium, germanium, rare earth, along with ultrafine powder materials, power battery materials for new energy vehicles, and many other high-tech products. It is now a globally leading company along the supply chain of the cemented carbide industry and the new energy industry. With practical actions, GEM has proven that resource recycling can play a critical role in the national economy and the development of strategic emerging industries. GEM has been awarded a torrent of honorable titles, including the National Circular Economy Pilot Enterprise, the National Circular Economy Educational Demonstration Base, the National Urban Mines Demonstration Base, the National Green Factory, the National Technology Innovation Demonstration Enterprise, the National Intellectual Property Demonstration Enterprise, the National Primary and Secondary School Environmental Education Social Practice Base, and the National Eco-environmental Popular Science Base. Rewards earned by GEM include the 2018 Davos "Global Circular Economy Multinational Award" and the 2020 "Paulson Prize for Sustainability - Green Innovation Award". It has been recognized as one of the globally leading green and low-carbon enterprises as a remarkable and typical practicer for the development of China's recycling society and green concept. By doing this, GEM lifts China's capacity in recycling economy to a world level and makes positive contributions to the construction of a recycling society and a green and low-carbon industrial mode.

Do business with charitable purpose. In 2021, we made a concerted effort to assist farmers in remote mountainous areas, children who cannot afford tuition, and the elderly with no family members. We established point-to-point targeted alleviation initiatives, provided assistance to more than 1,000 farmers, more than 100 children and more than 100 elderly orphans. Donated money in time to students during the back-to-school season, delivered New Year's monetary presents in time, promptly bought tea from tea farmers, and urgently helped farmers with unsalable ginger. We feel that we should not abandon good just because it is trivial, so we put our responsibility on a firm footing, allowing the warm sunshine to enlighten every nook and cranny of our society. We have successively invested more than 2 billion YUAN in poverty-stricken counties such as Lankao, Yanling, Xinhua, and Fu'an, helping these counties get rid of poverty and become prosperous, creating more than 5,000 new jobs.

Friends are forever. We are a group of committed individuals. We adhere to the spirit of the contract and safeguard shareholders' rights and interests. We cordially established cooperative relationships with upstream and downstream partners worldwide where we assisted one another in achieving a win-win situation, developing a global Environment, Social, and Governance (ESG) value chain, combating the COVID-19 pandemic, and demonstrating ground-breaking international cooperation and friendship.

Be grateful! We are eternally grateful for the assistance and support we have received over the last two decades from upstream and downstream partners worldwide and all walks of life!

Re-start another Twenty years of low-carbon,facing the green future!We are prepared to work with worldwide partners realizing the low-carbon era, jointly promote ESG cooperation across the global industrial chain, develop green industries, fulfill the green mission, and build a green community with a shared future for humanity!

During the period from 2021 to 2026, with the mission of serving the world's green and low-carbon development, GEM will establish green supply chain partnerships with global upstream and downstream leading enterprises, so as to circulate the world and fulfill the global green responsibility. Adhere to the dual-track development strategy of "urban mines + new energy materials", mine urban mines, develop new energy materials, comprehensively promote carbon peaking and carbon neutrality, and become one of the world's low-carbon industries that has positive effects on China's national economic development and world green development Influential leaders. During the period from 2021 to 2065, the company will invest heavily in innovation with a new talent strategy of "embracing talents, investing in talents, and achieving talents", to be a technology leader in the global competition landscape, and to enter the world's industry with "double innovation and quality". No man's land", to promote the company's brand and value to be respected and recognized by the world.

In the next five years, the company will take Jiangxi, Wuhan, Henan, Shanxi, and Inner Mongolia as the core bases to develop the urban mining business with electronic waste and waste plastic recycling as the main body, promote the development of a circular society on a large scale, and serve the dual-carbon strategy.

In the next 5 years, the company will actively promote the carbon neutralization strategy of peak carbon, including to build 10,000 mu(A chinese unit) of photovoltaics with state-owned energy companies, and plant 10,000 mu of neutral forest. By 2026, 1 million tons of carbon reduction will be achieved, and the utilization rate of green electricity will reach 50%. We are aim to create a low-carbon demonstration park and a waste-free group, and take the lead in setting an example of carbon neutrality.

In the next 5 years, the company will actively promote the waste recycling carbon reduction label and the ten thousand mu neutralization forest carbon sink label, implement carbon reduction value and carbon sink trading, realize carbon income, and promote the upgrading of waste recycling from "turning waste into treasure" to "turning waste into treasure". Waste as a carbon sink”, and open up the green value upgrade from selling renewable resources to selling “carbon sinks”.

The ancient Chinese genius poet Wang Bo wrote in the "Preface to the Pavilion of King Teng" the poem "The sunset and the lonely bird fly together, and the autumn water is the same color as the sky." It is so beautiful, let us look forward to each other, and wish the world a green and beautiful! 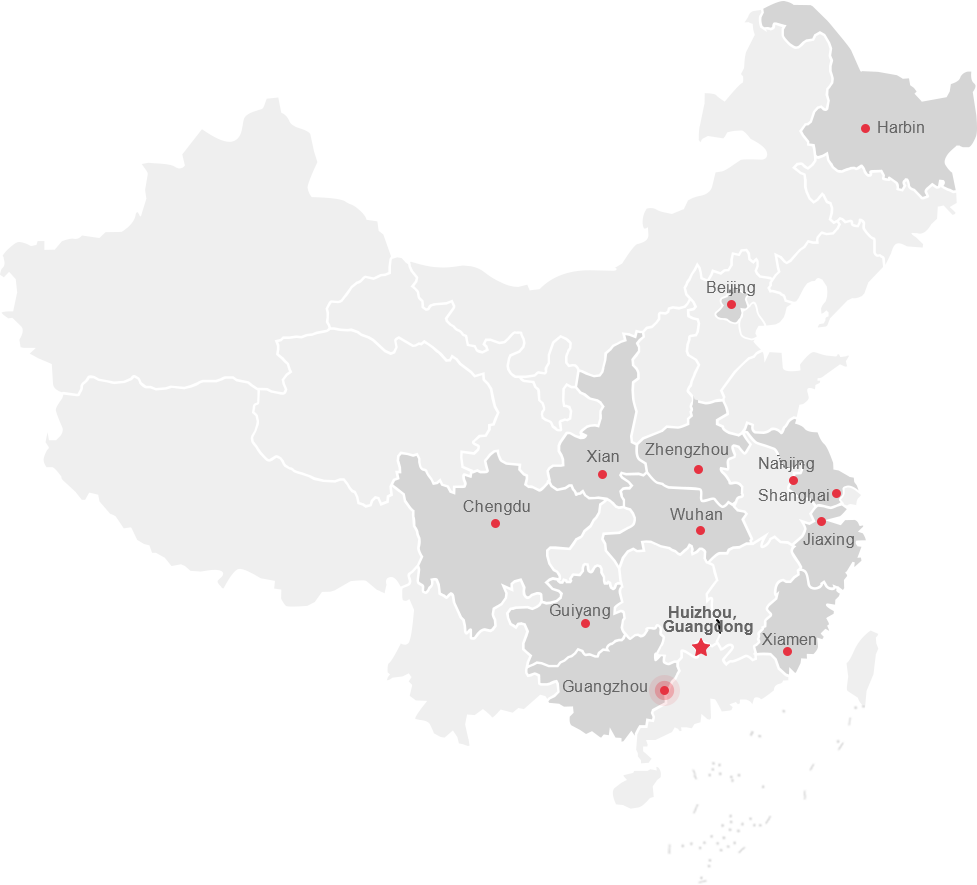