GEM mainly engages in the recycling of waste resources such as waste batteries, waste cobalt-nickel resources and electronic waste, etc, and also in the recycling and re-manufacturing of ultra-fine cobalt nickel powder materials, power battery materials and other high-tech products, as well as the extraction of gold, silver, palladium and other rare metals. Currently, GEM has established the world advanced and China’s largest scale high-tech production lines of waste compact batteries and waste battery material, and has built the only green recycling and disposal base of waste PCB possessing the international leading level in China. GEM recycles over 3,000,000 tons of waste resources annually, and recycles and re-manufactures 25 rare resources including cobalt-nickel, copper-tungsten, gold-silver, palladium-rhodium, germanium-indium, etc.

The amount of annually recovery of cobalt resources of GEM (Jingmen) is comparable to the original cobalt exploitation in China, becoming the advanced enterprise of recycling waste batteries and waste cobalt-nickle resources in the world, and GEM is the largest ultra-fine cobalt-nickle power manufacturer. Moreover, the product has entered into the product supply chain, provided for the first-class international company. The amount of recycling ultra-fine cobalt-nickle powder accounts for over 60% of Chinese market. The amount of annual recovery of tungsten resources accounts for 8% of China's original tungsten exploitation.

GEM (Jingmen) has more than 200 researchers, 20 of whom are doctors and excellent experts. Until now, GEM (Jingmen) has applied for 400 patents, and some patents were authorized in Japan, Korea and seven main countries in Europe such as England, Germany, France, etc. GEM (Jingmen) established and revised more than 100 national standards and industry standards, and was successively awarded the First Prize for Science and Technology Progress in Chinese Nonferrous Metals Industry in 2009, the Second National Prize for Progress in Science and Technology in 2010, the First Prize for Progress in Science and Technology of Hubei Province in 2017. GEM (Jingmen) not only established a national engineering center which is the national electronic waste recycling engineering research center, but also set up a provincial engineering center which is the city mineral resources recycling engineering research center in Hubei province and it’s the only industrial cycle technology engineering research center as well. The center has advanced research laboratories and pilot test laboratories, equipped with more than 100 units (sets) detection and test equipment of international advanced level and is the public technology platform with dual-qualified for national accreditation laboratory of CNAS certificate and national measuring and detecting laboratory of CMA certificate. 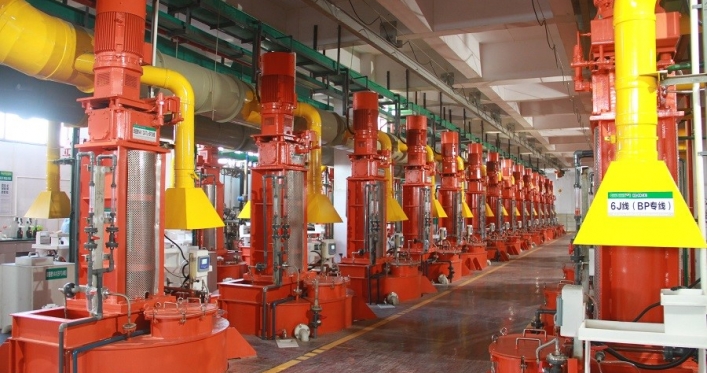