Shenzhen-headquartered battery materials producer GEM has established 16 recycling industrial parks in over 10 provinces in China. The company recycles about 5,000 tonnes per year of cobalt, and about 10,000 tpy of nickel. In 2019, GEM is expected to produce about 80,000 tonnes of battery precursor materials.

But it will take at least five to six years for NCM lithium-ion batteries installed now to enter the recycling cycle, according to Pan. “However, we also need to understand a good number of the electric vehicles produced nowadays are powered by LFP batteries.”

“Even for those which were produced with less refined techniques, it would still take about three to five years before they have to be recycled,” he added.

It was not until around 2015 that global adoption of nickel-cobalt-manganese (NCM) lithium-ion batteries accelerated substantially, while lithium iron phosphate (LFP) batteries – which are cobalt-free - have played a crucial part in the EV battery supply chain for a long time.

Pan further pointed out the bullish outlook for EV growth in China is yet to come to fruition and the soft macroeconomy and the gradual cut of the country’s new energy vehicles (NEV) subsidies has slowed EV growth in China this year.

Based on current developments, it is very hard to repeat or surpass the yearly growth momentum witnessed last year, Pan said. The installed capacity of EV batteries in China came to about 57.3 GWh in 2018, up 58.2% from 36.2 GWh in 2017, according to data from China Industrial Association of Power Sources (CIAPS). 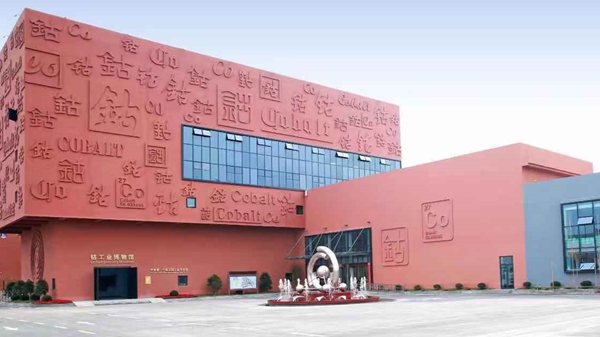 The channels for collecting and sourcing recycled batteries are still being built from scratch and it is not easy to recycle cobalt from electronic consumer products batteries, Pan told Fastmarkets.

“GEM recycled about 5,000 tonnes of cobalt in 2018 but the cobalt recycled from batteries only accounted for a small proportion,” Pan said. “Instead, the majority was recycled from hard alloy scrap and leftover cuttings which we sourced from our downstream alloy customers.”

“Currently, cobalt recycling in China is mainly dependent on manufacturing sectors other than batteries,” Pan said.

And Pan explained it might take quite a few years for the country to develop an efficient and developed recycling system.

Meanwhile, the price of cobalt tetroxide, the precursor for lithium cobalt oxide (LCO) batteries used by electronic consumer products, is likely to be supported in the next two years thanks to the uptake of the five generation (5G) network and lagging cobalt tetroxide supply, Pan told Fastmarkets.

On the supply side, the concentration of cobalt tetroxide production is relatively high, whereas no major smelters have plans to ramp up in the near term, he said.

On the demand side, there are extensive projects planned for the end of this year for 5G communication base stations. It is likely the 5G network will be adopted extensively from next year, which will support cobalt prices.

Cobalt tetroxide price momentum in September was not only the result of rising demand during the traditional peak consumption season for electronic consumer products but also demand for cobalt from the 5G network development, Pan said.

Momentum persisted for nearly one month until late October when restocking appetite faded. The battery raw material price has softened to 190,000-205,000 yuan per tonne as of Friday November 15.

Yet Pan acknowledged the level of price support from the 5G network will be determined by the growth of the upgraded network in the international market.

“China is leading the development of the 5G network and the international market is likely to have a delayed response,” Pan said. “However, if the 5G network development outside China doesn’t pick up in one to two years, we will hardly see significant growth in cobalt demand in near term.”