When Mayor Kang Deok Lee, along with his delegation arrived in GEM, a total of about 100 people from the GEM employees, GEM Korean employees and the GEM&ECOPRO joint venture employees lined the park to welcome. The friendly and warm atmosphere of the park made the delegation feel the enthusiasm of GEM.

In order to welcome the delegation from the Pohang City South Korea, GEM held a great welcome ceremony for these honourable guests at the Jingmen Park Activity Center. The general manager of the GEM Group, Jiang Zhenkang, invited the visitors to watch the VCR, "China and South Korea Join Hands to Build a Green Dream" together, and reviewed those exciting moments which captured during friendly and cooperative events between GEM, the Pohang City Government and ECOPRO in recent years.

On the reception ceremony, Chairman Xu Kaihua expressed again his sincere welcome to Mayor Kang Deok Lee, and the delegation. Chairman Xu summarized the reasons for GEM's brilliant achievements in the last four years. Firstly, it was due to excellent investment environment created and great service offered by the Pohang government.Secondly, good partners such as ECOPRO promoted the cooperation between the parties. Third, the Jingmen Municipal Government actively supported GEM to develop the green industries in participating the "Belt and Road" initiatives, with the concept of "friendship, openness and green". In the future, GEM will firmly cooperate with ECOPRO and firmly invest in Pohang to build a green and beautiful world together!

Mayor Kang Deok Lee expressed gratitude to GEM and Chairman Xu Kaihua for their hospitality and expressed their willingness to carry out more and deeper communication and cooperation between the Pohang city , GEM and ECOPRO. He is willing to create favorable conditions for the mutual development of both GEM and ECOPRO.

During this visit, mayor Kang Deok Lee praised the huge scale of GEM's recycling factory, the disposal capacity in the field of waste, advanced management and intelligent equipment. And he believes that in the future, we can promote the green development of new energy industry together in the world through the cooperation between GEM，Pohang city and ECOPRO.

"Wish GEM and ECOPRO hand in hand to the world", mayor Kang Deok Lee wrote down on the guest book after the visit. And the chairman of ECOPRO, Dong Che Lee also wrote blessing words,"Hope to have a unlimited development".

At the moment of parting, mayor Kang Deok Lee and his delegation took a group photo with GEM's staff. 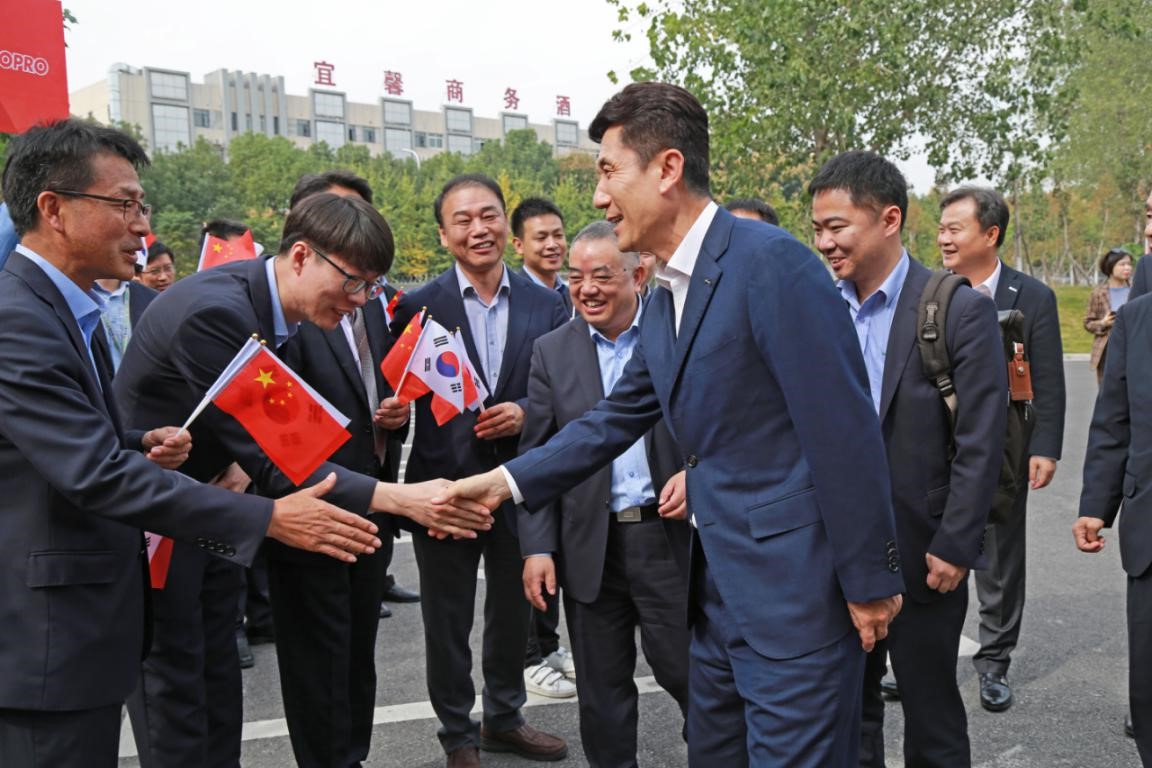 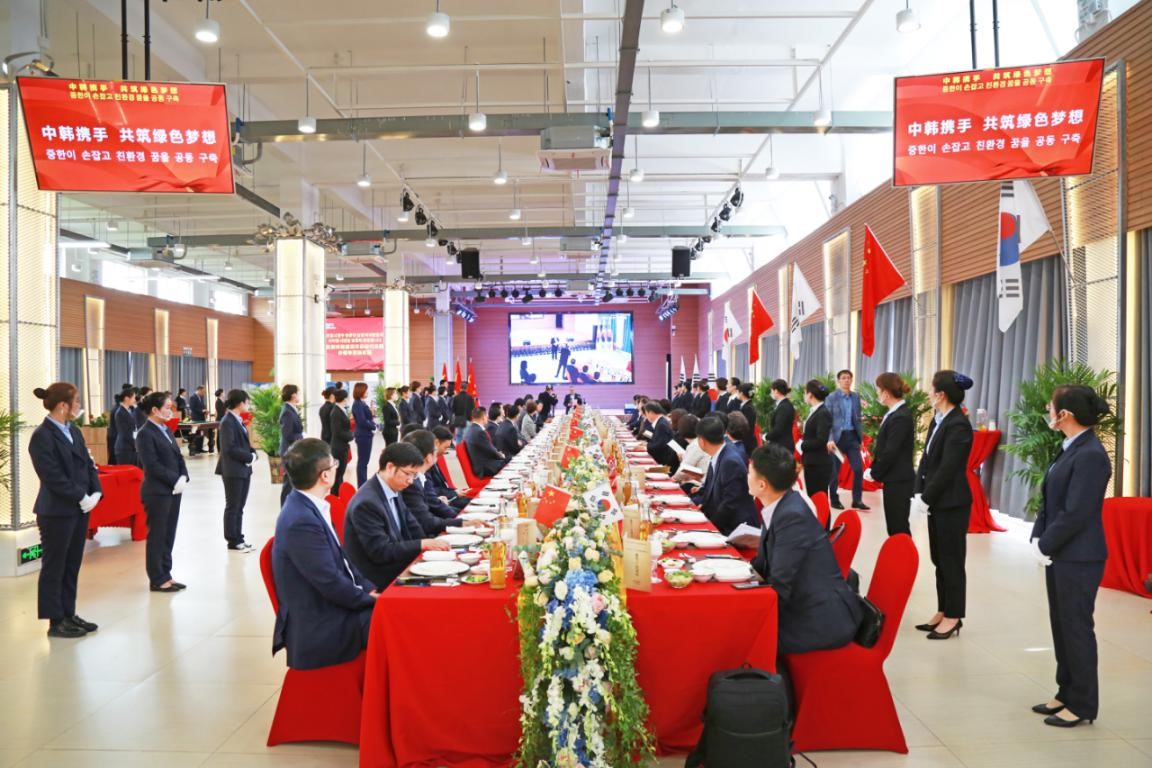 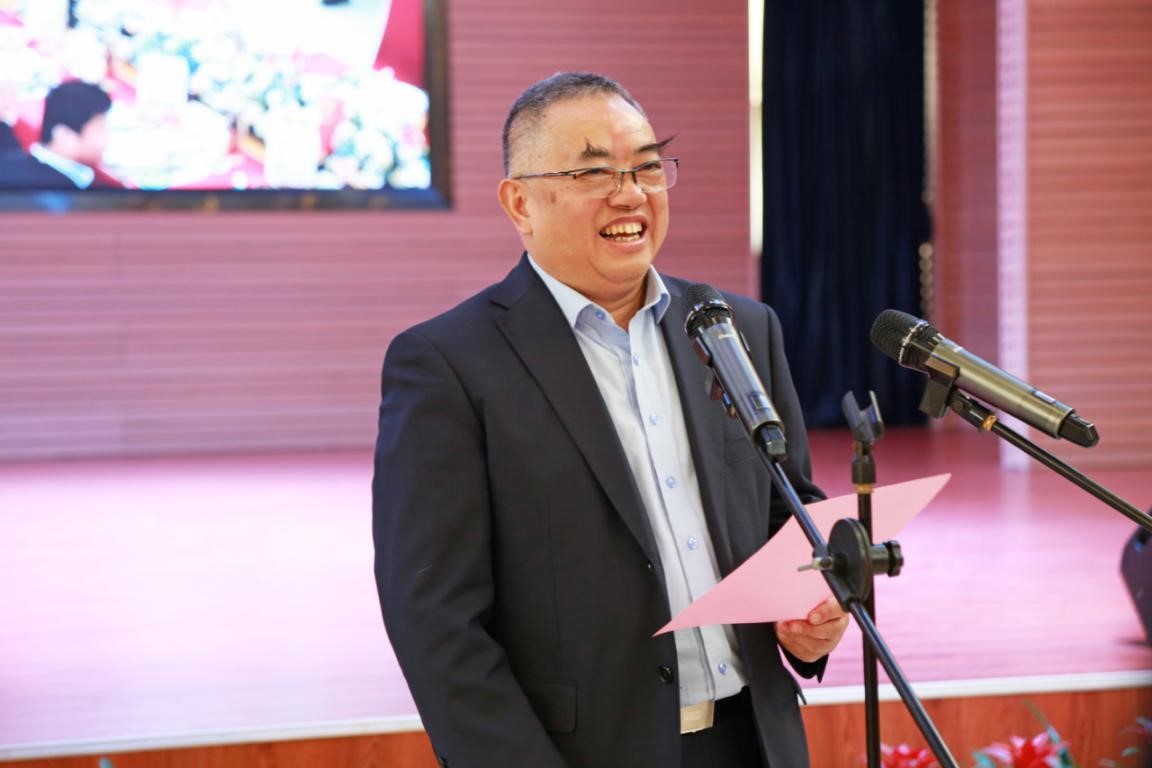 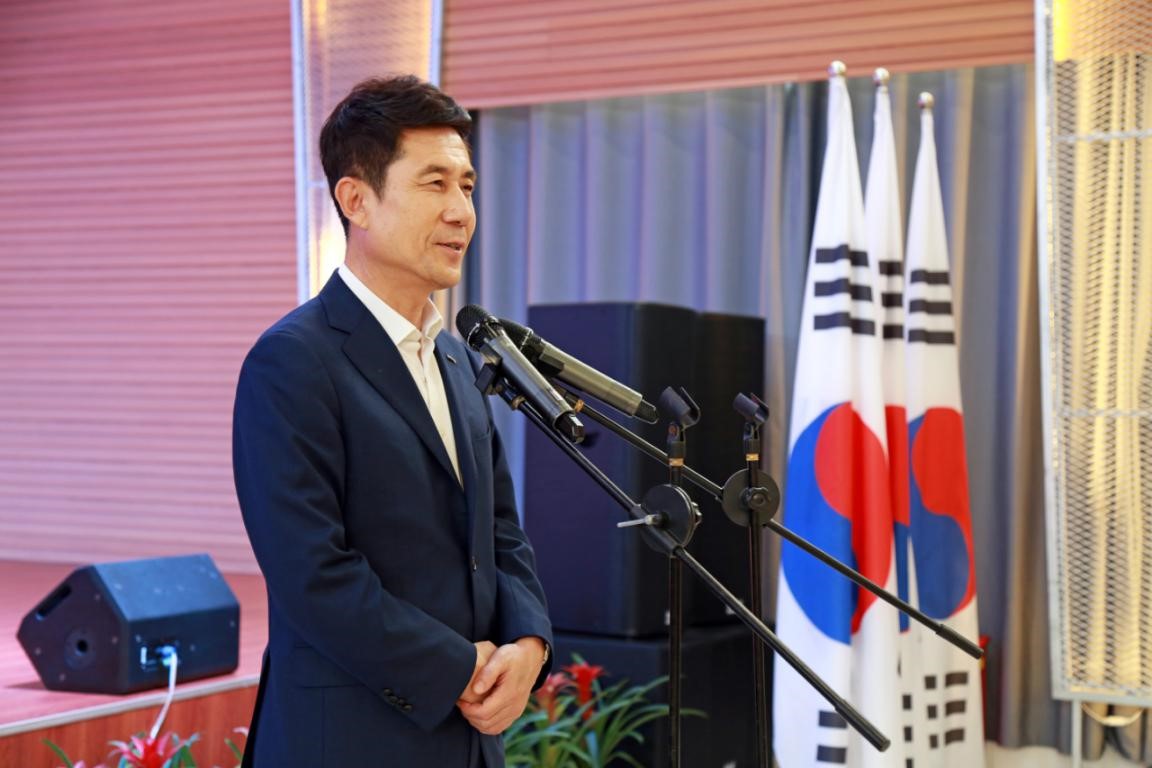 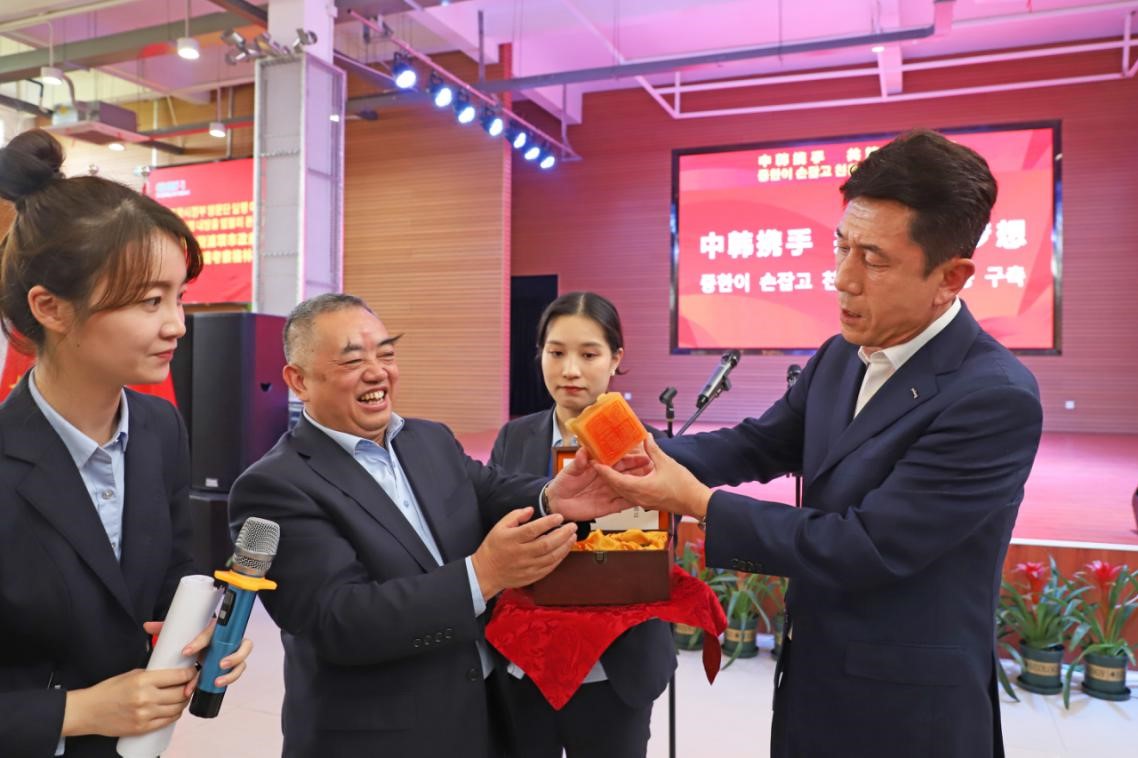 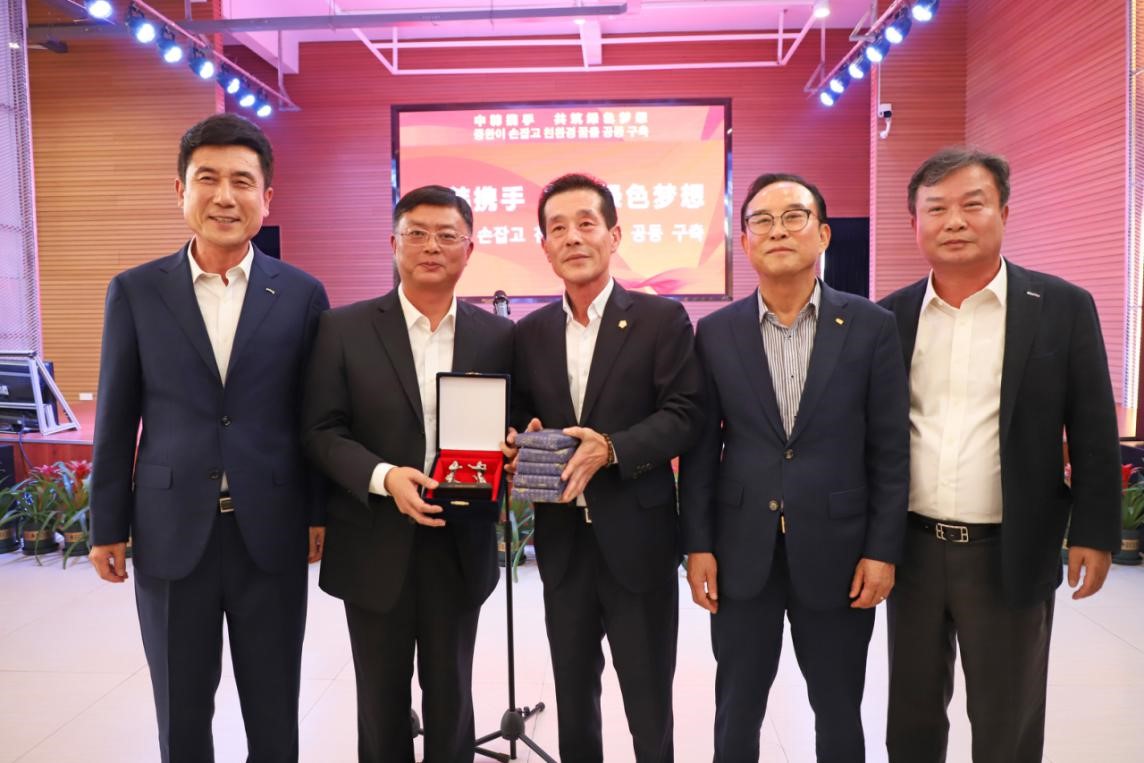 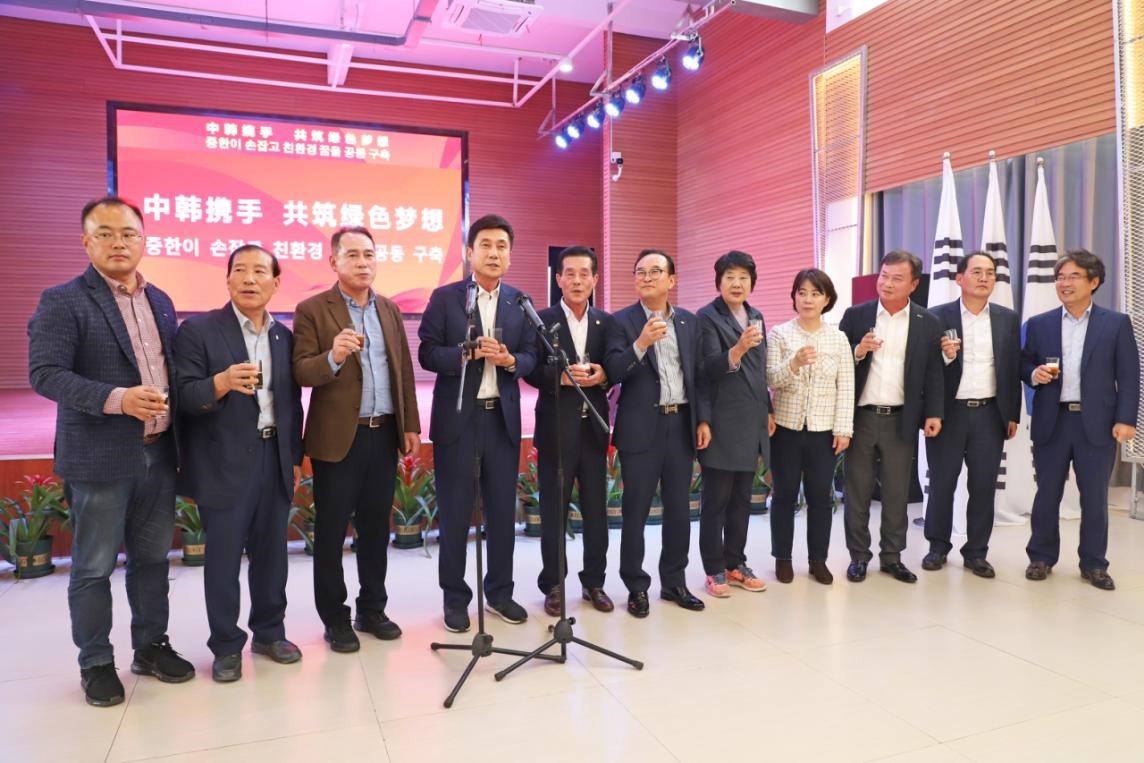 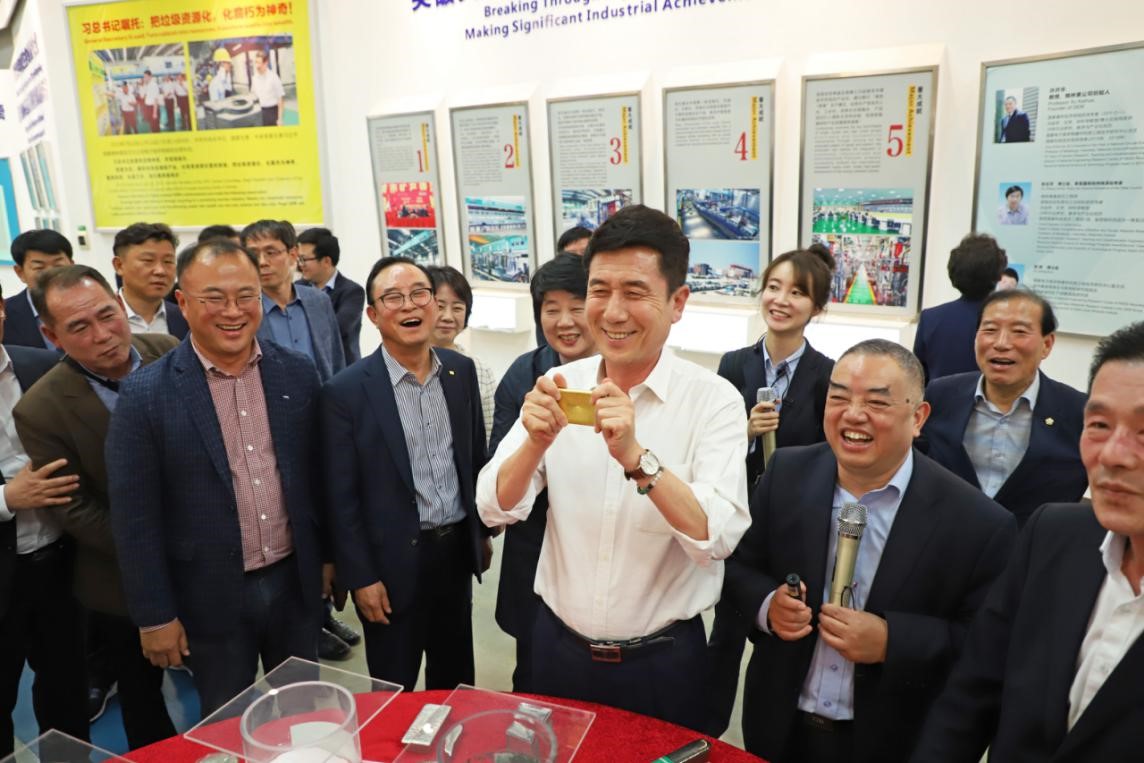 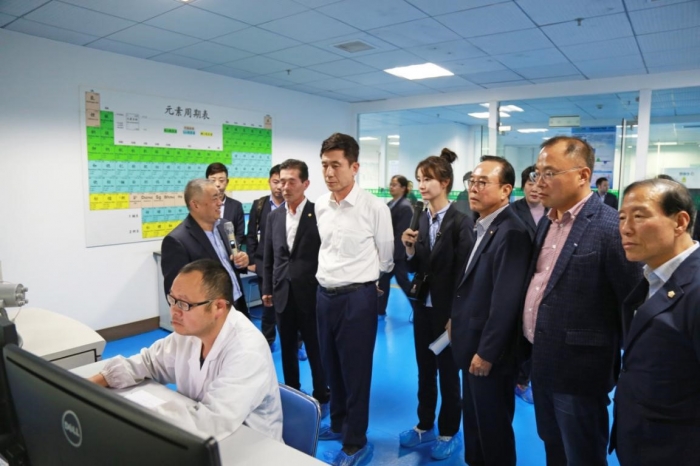 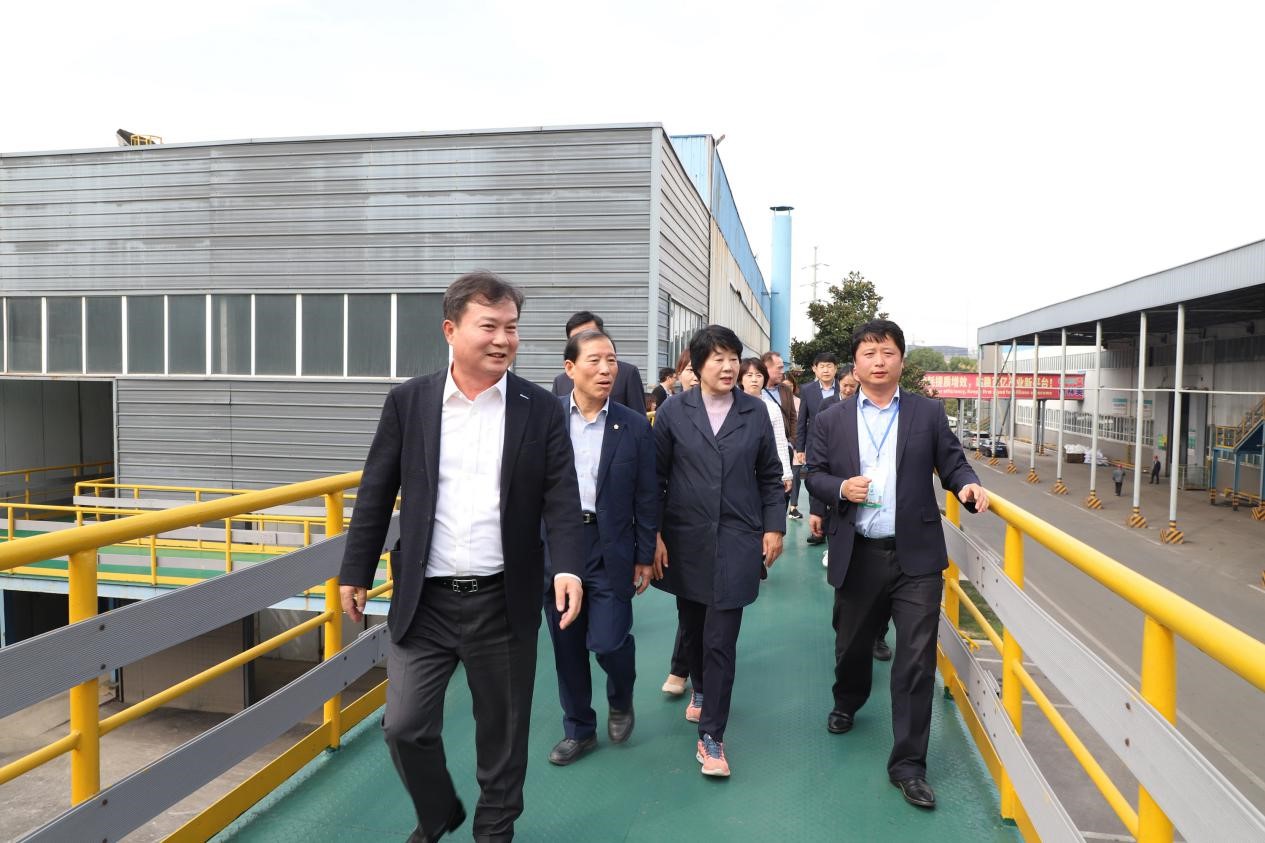 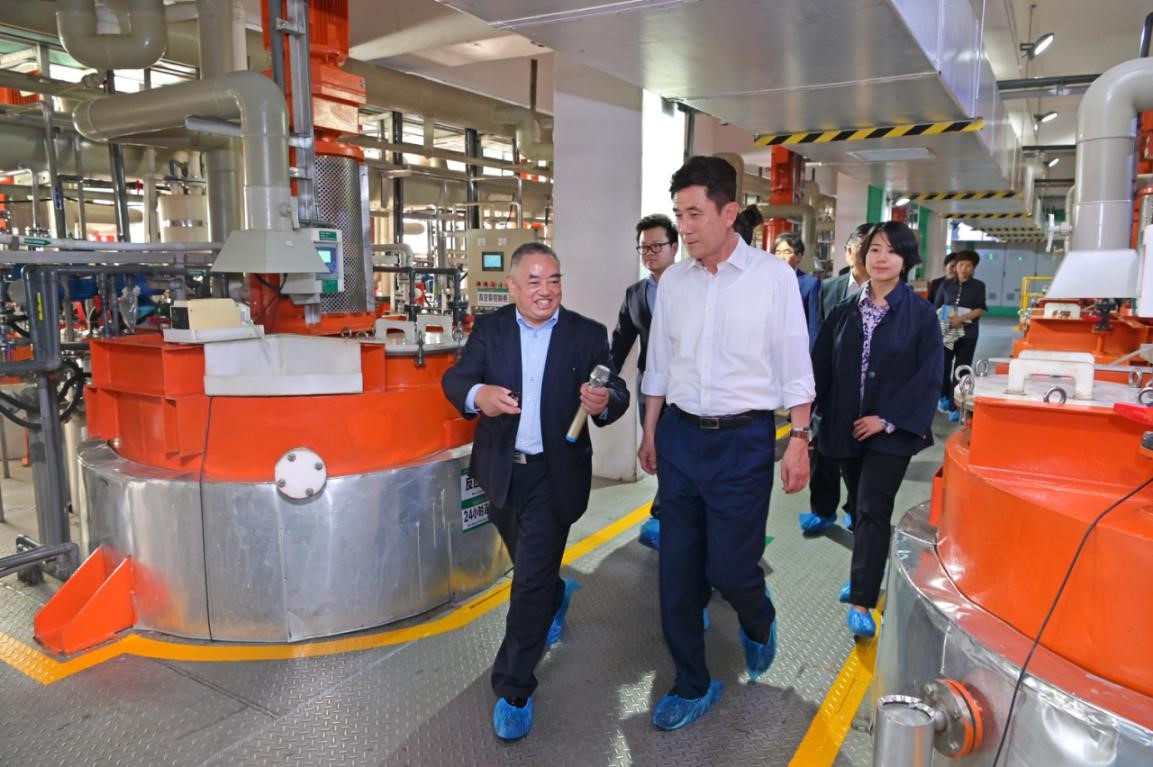 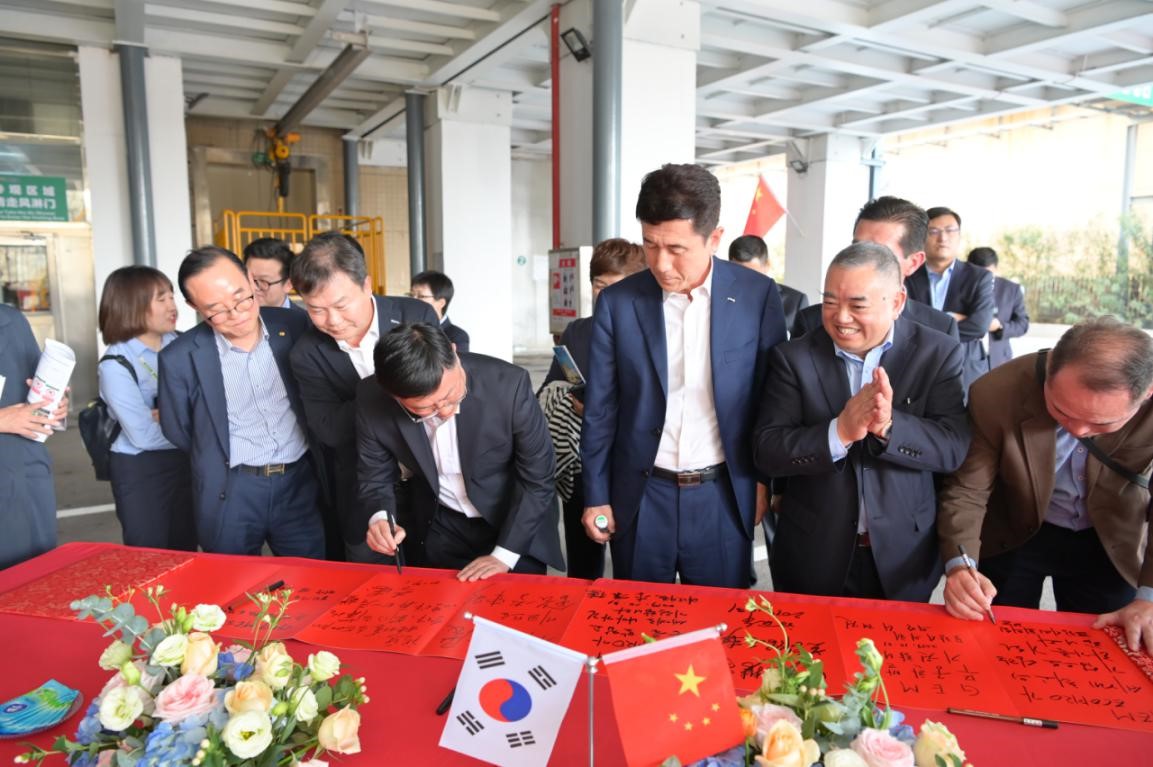 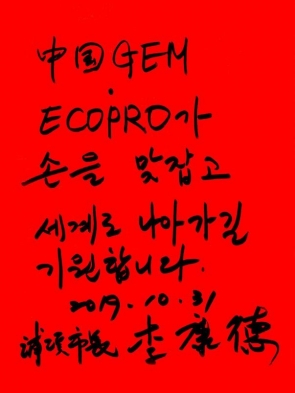 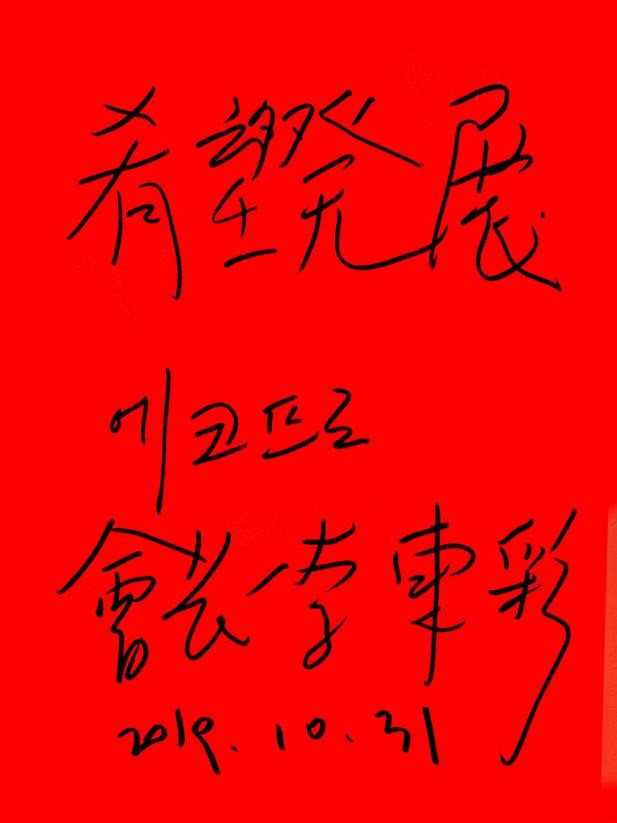 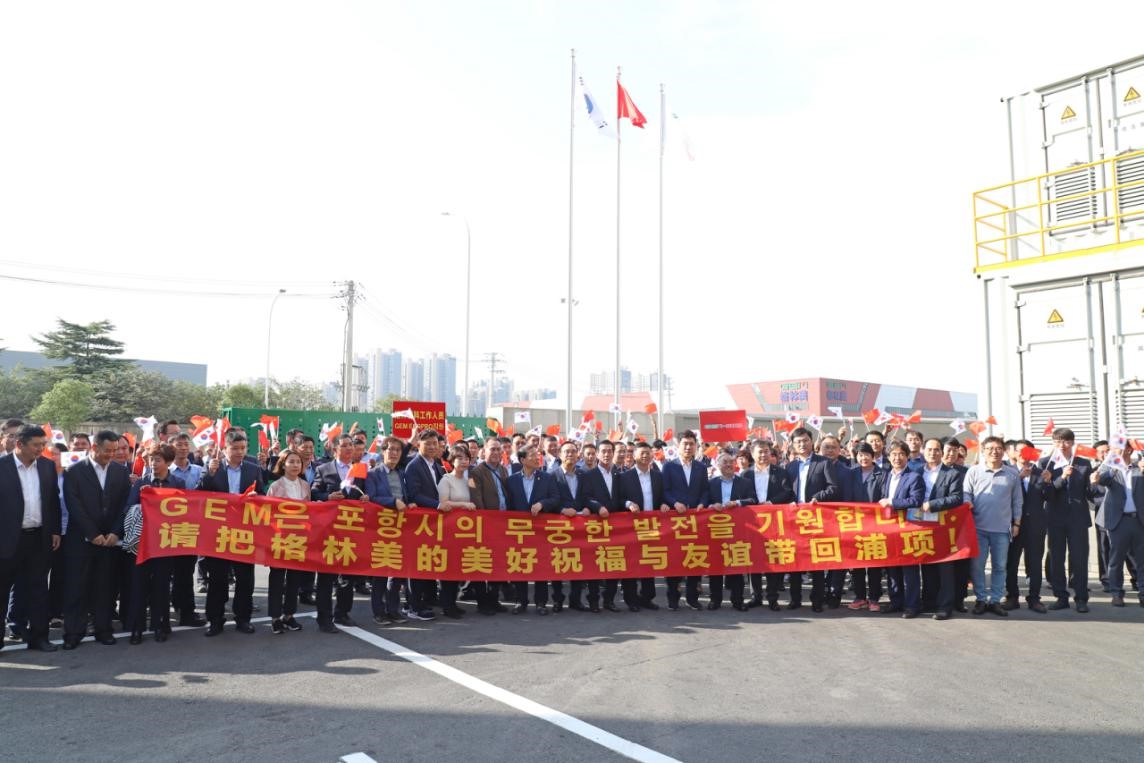