On the afternoon of July 4, 2019, Jingmen, a third-tier city in China, a timely drizzle brings coolness to the hot summer, GEM welcomes guests from far away. At 5 pm, Mr. Luhut, the Minister of Coordinating Ministry for Maritime Affairs of Indonesia, Mr. Ridwan, the Deputy Minister of Coordinating Ministry for Maritime Affairs, Mr. Djauhari, the Indonesian Ambassador to China, and Mrs. Jona, the Minister’s special adviser of International Relations of Indonesia University, came to visit GEM Jingmen Park. Prof. Xu Kaihua, the chairman of GEM, Mrs. Wang Min, the executive of GEM, Mr. Jiang Zhenkang, the general manager of GEM and other important management team warmly welcomed Mr Luhut and his delegation.

The flag of China and Indonesia were filled over the park when Mr. Luhut arrived at the gate of GEM park. More than 10 Indonesian international students and more than 200 employees welcomed the delegation and let them feel the enthusiasm of GEM. Prof. Xu first introduced to Luhut the Indonesian students from Central South University and Central China Normal University, as well as all members of the Indonesian QMB Project (China) Design Department. Mr. Luhut shook hands with them happily. In front of the hand-painted map of the park at the entrance of the Circular Economy Building, Prof. Xu introduced the overall situation of the recycling industry in the GEM Jingmen Park to Mr. Luhut.

After the visit, Prof. Xu and the delegation held a discussion in the VIP meeting room.

Mr. Luhut first expressed his gratitude for the warm reception activities organized by GEM. He said that he was surprised that GEM had such a high level of recycling factory, and was shocked by GEM's excellent management, intelligent equipment and first-class engineering experiments in the field of waste. Mr. Luhut said that the circular economy is also the most needed in Indonesia. He hoped that GEM will transfer talents and technologies to Indonesia, and he would try his best to promote the cooperation between the Indonesian government and GEM. At the same time, Mr. Luhut said that during the event, he deeply felt the high respect of GEM to Indonesia and the deep friendship with the Indonesian people, and also refreshed his views on Chinese enterprises.

At the discussion, Prof. Xu once again expressed warm thanks to Mr. Luhut for his visit. Prof. Xu said that the GEM project successfully settled in Central Sulawesi, Indonesia because of the promotion of Mr. Luhut. From the meeting with Mr. Luhut in Shanghai in the beginning of 2018, to the meeting in Singapore in Sept. 2018, to the starting work of the project In Jan. 2019, to the meeting with President Joco, and to the Mr. Luhut’s visit today, Mr. Luhut has been promoting the cooperation between the Indonesian government and GEM, and the friendship is heading for a bright future.

Prof. Xu promised Mr. Luhut that GEM would follow the direction of the Chinese and Indonesian leaders. First is to build the Indonesian Nickel Resource Project to a green park with 360°green and smart design, green building, clean production, recycling, energy saving, green culture and industry. At the same time, GEM would do its best to use the national engineering technology platform to cultivate mining and metallurgical talents for Indonesia and to import advanced technology into Indonesia. In addition, GEM would plan to build a China-Indonesia circular economy cooperation park, input green technology, contribute to the development of Indonesian recycling society, promote the green development of “Belt and Road”, and fulfill GEM's commitment to the Indonesian government: integrate into Indonesian culture, and grow together with Indonesian people.

At the time of departure, Mr. Luhut was pleased to write in the guest book: GEM's achievements are very remarkable. I’m very proud to be your friend, Prof. Xu! Mr. Ridwan also wrote: GEM changes the world’s view of China.

Prof. Xu and Mr. Jiang went to the Sanxia Airport to see the delegation off. 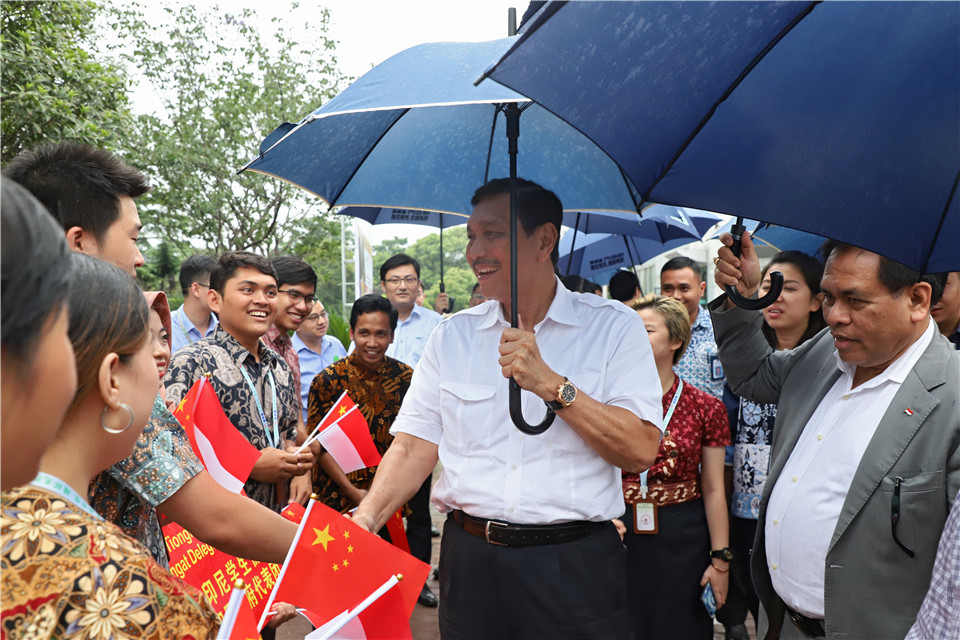 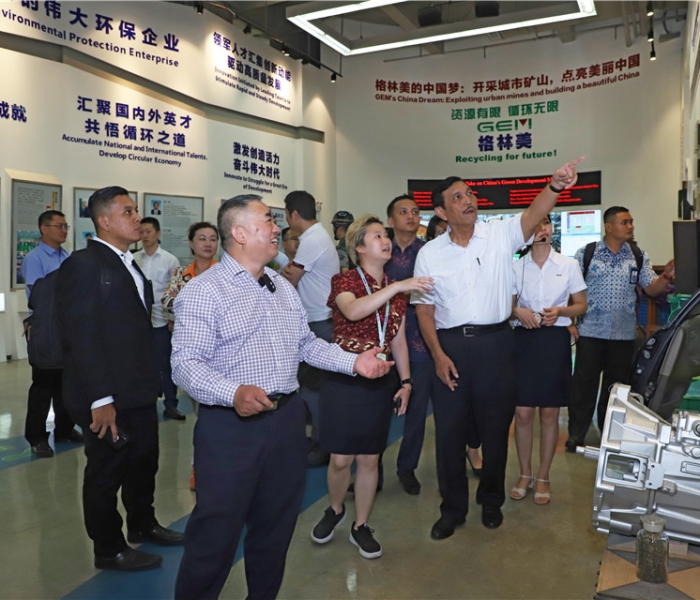 Pic 2: Minister Luhut and his delegation visited the “City Mine”Museum 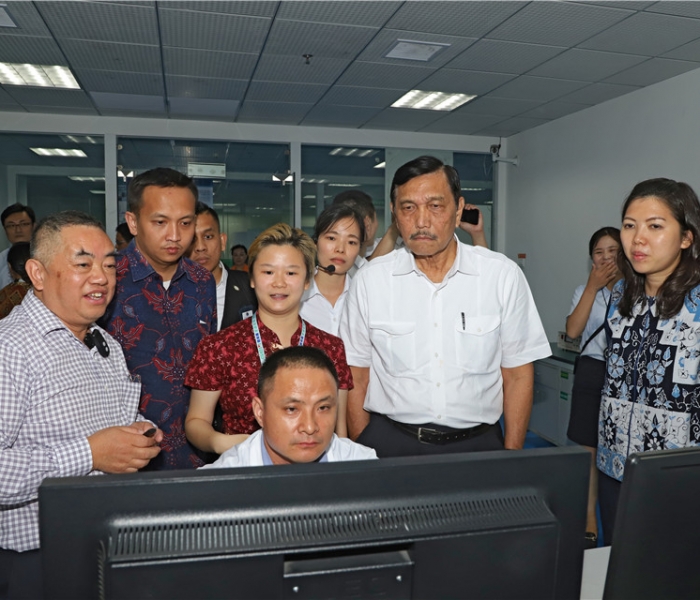 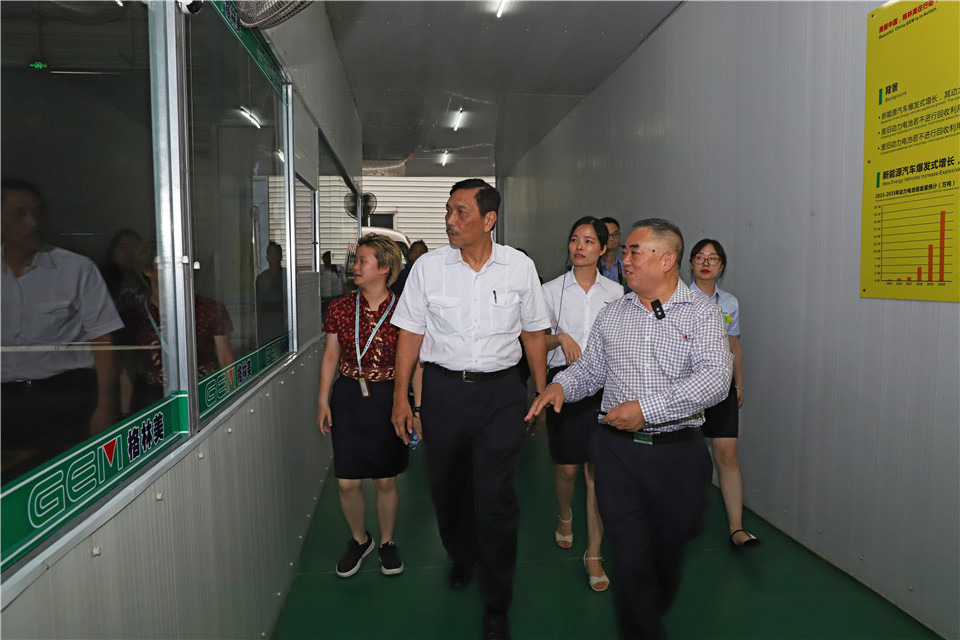 Pic 4: Minister Luhut and his delegation visited the WEEE Disposal Base 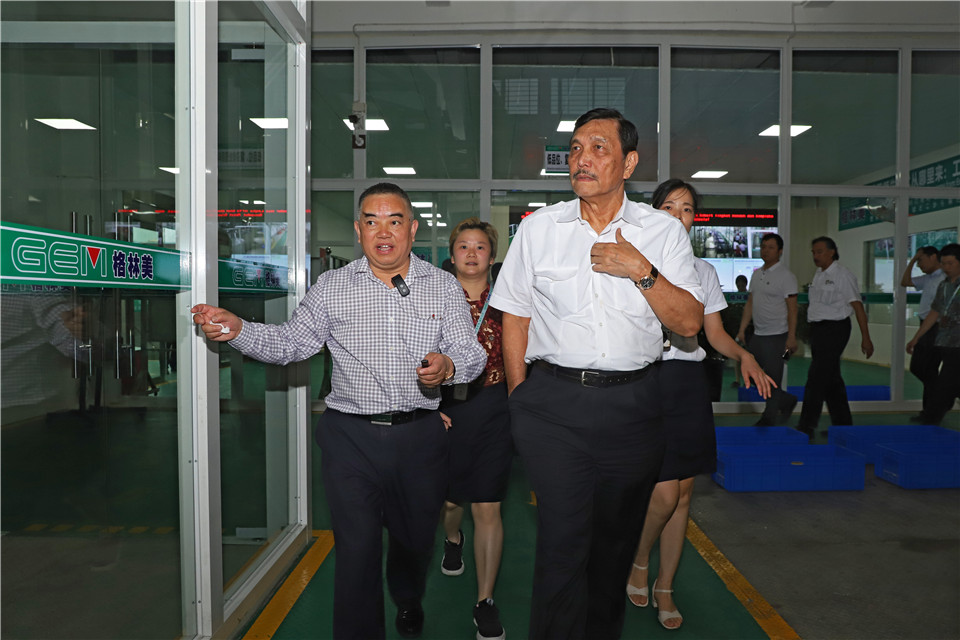 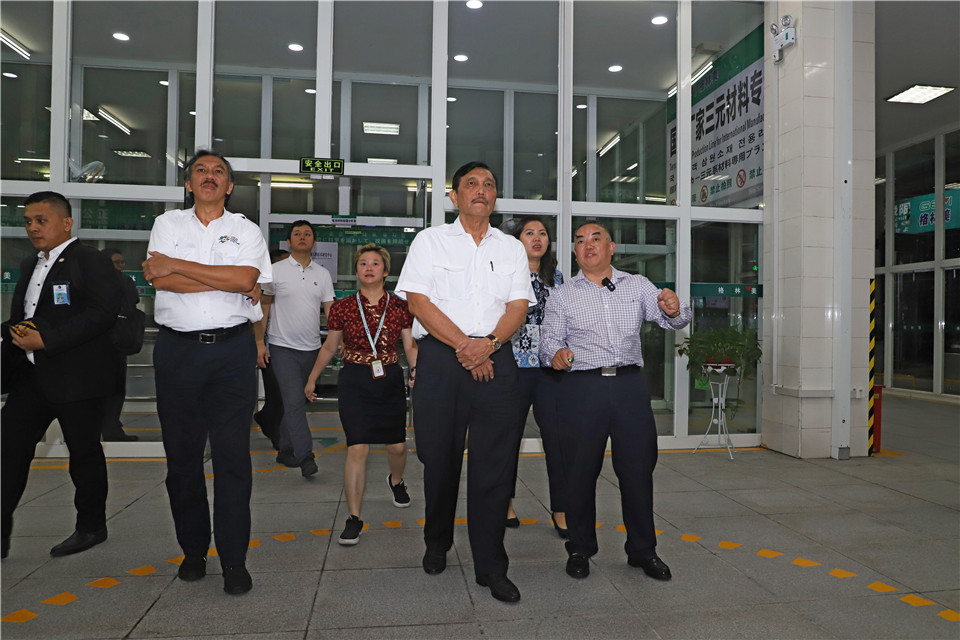 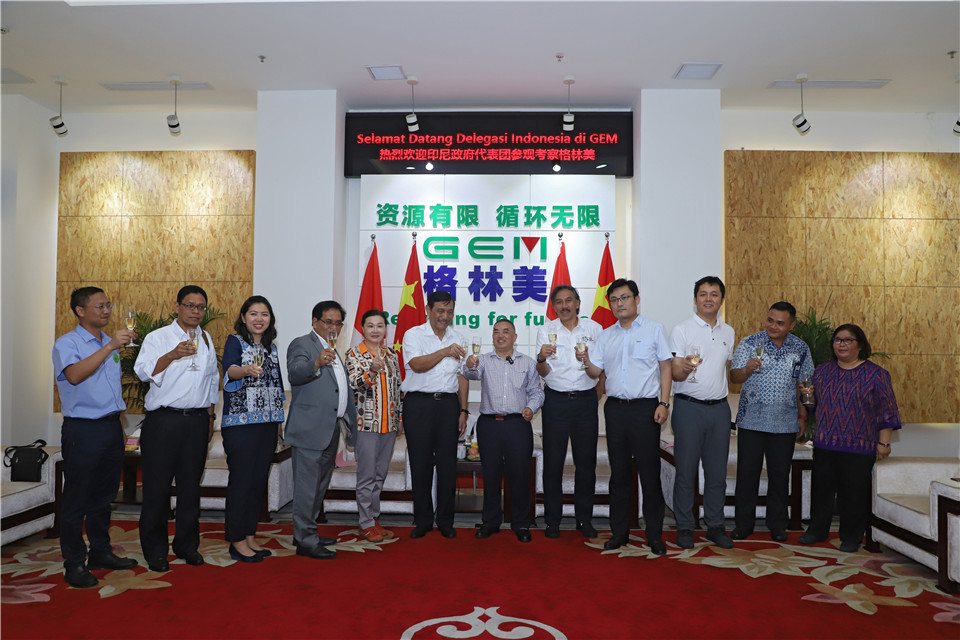 Pic 7: Minister Luhut and his delegation toasted and celebrated cooperation to a new stage 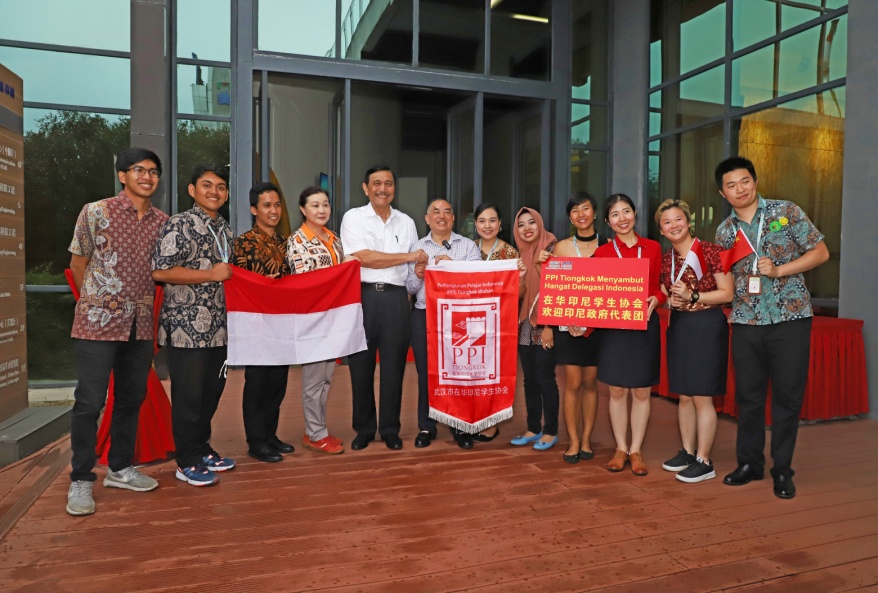 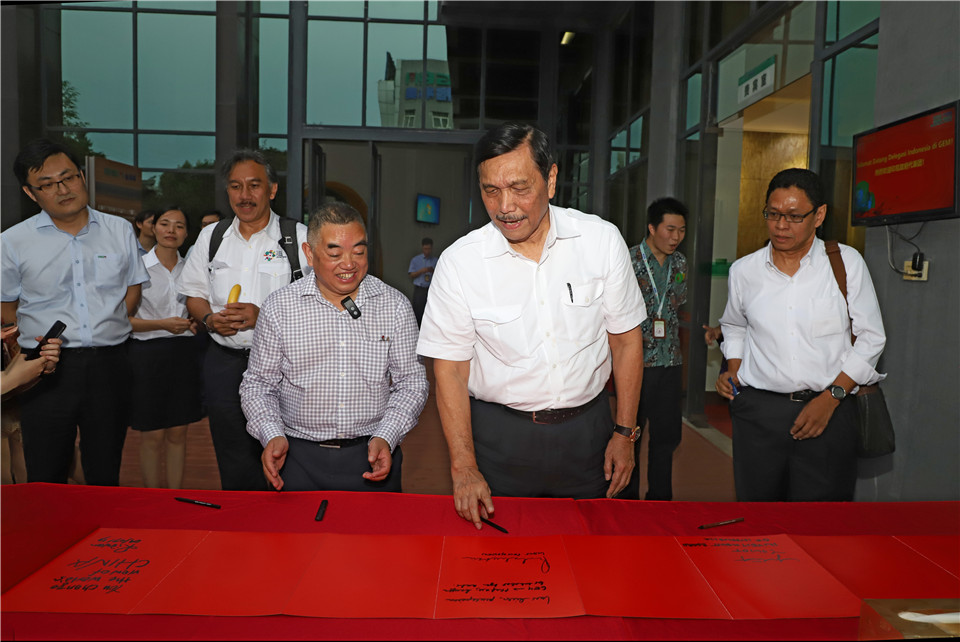 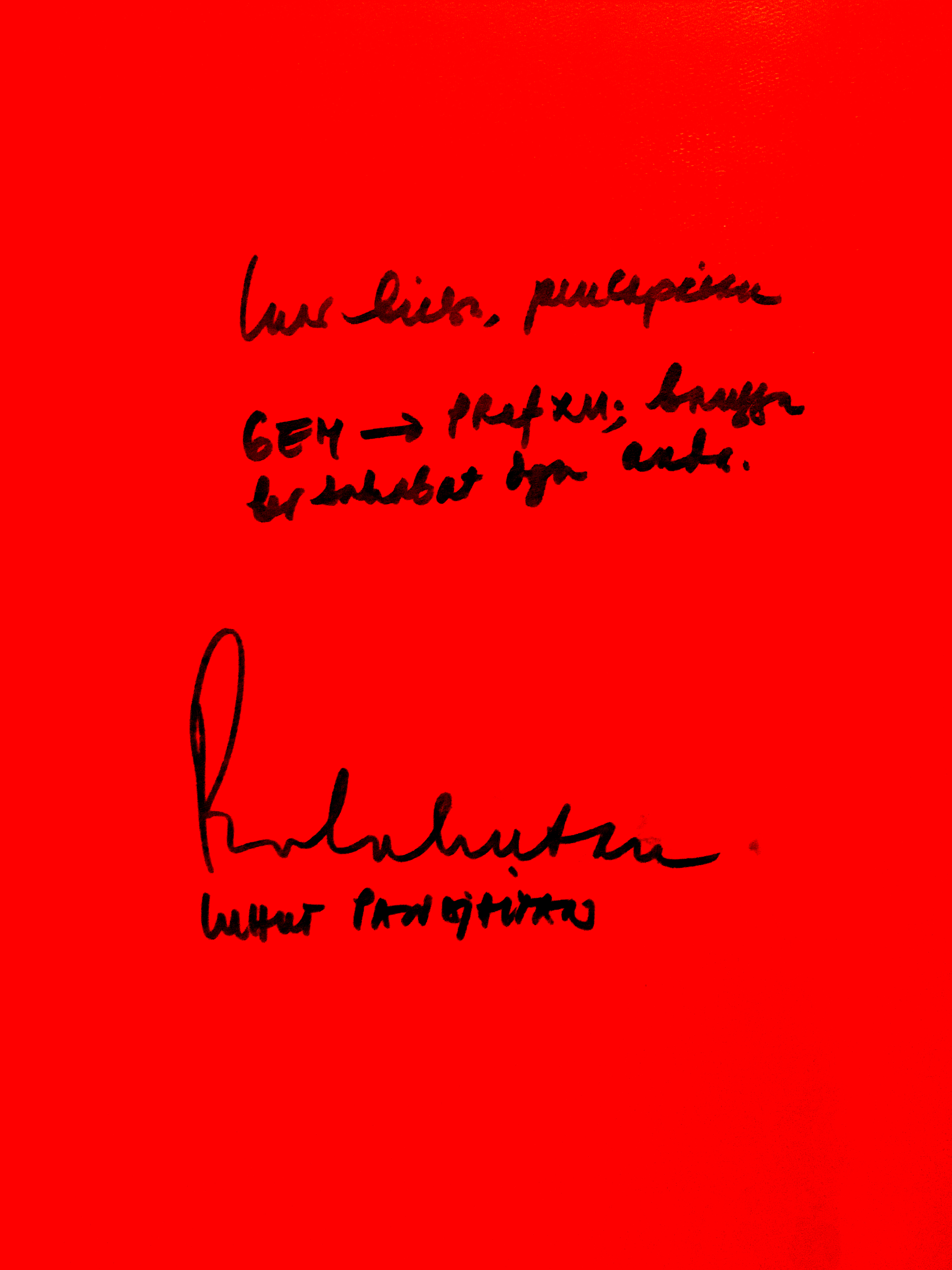 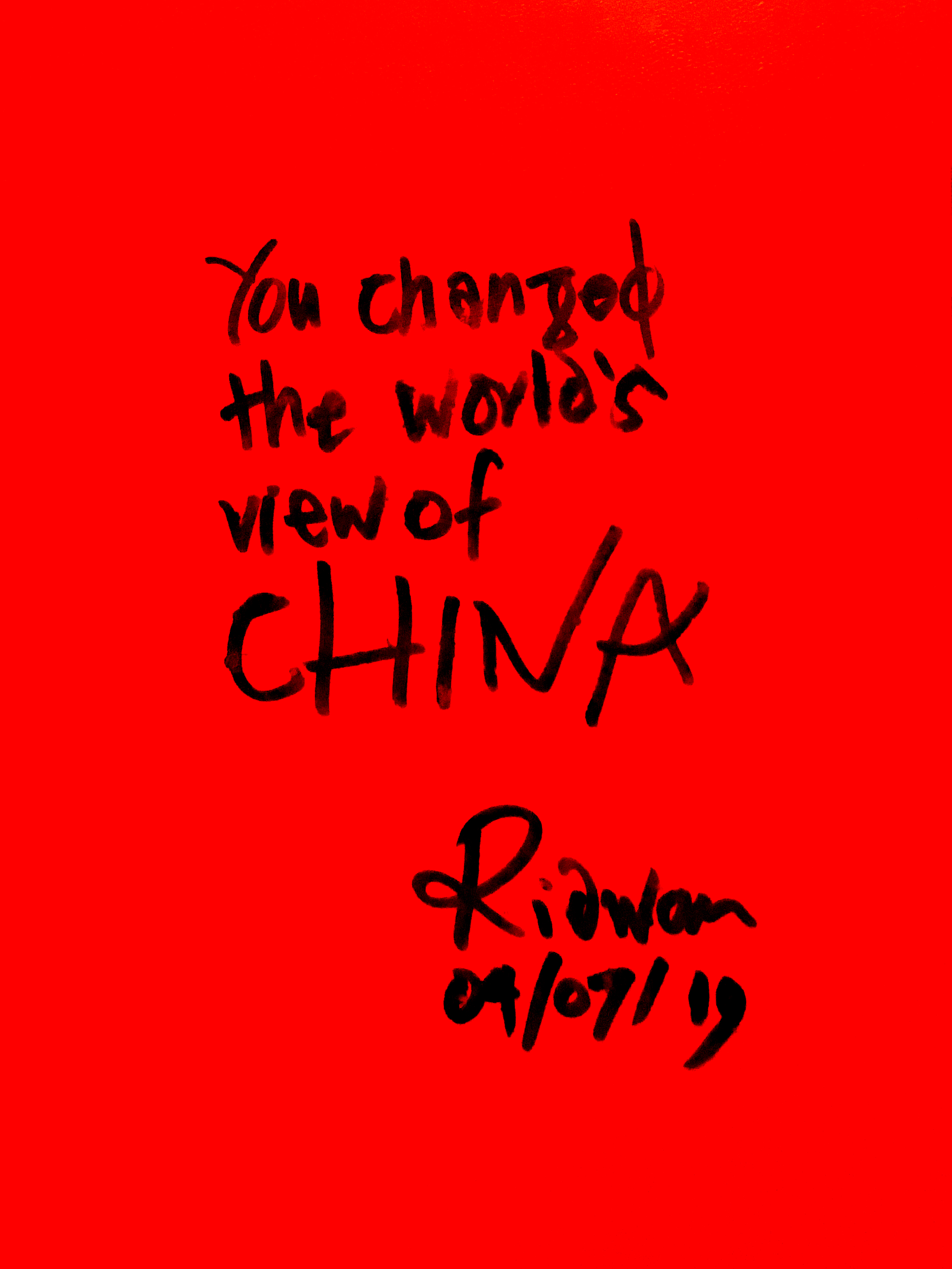