On the afternoon of Mar. 4, 2019, Mr. Luhut, the Minister of Coordinating Ministry for Maritime Affairs of the Indonesian Government, held a friendly meeting with Prof. Kaihua Xu, the Chairman of the GEM Group, at his Office in Jakarta. The two sides exchanged views on the GEM's nickel resource projects and cooperation with technology and talents in Indonesia.

Minister Luhut strongly endorsed the investment philosophy proposed by GEM, which is to incorporate with Indonesian culture and grow with the Indonesian people. Minister Luhut said that Indonesia is rich in mineral resources, but our mining industry is poor especially lacking in the metallurgical engineering talents. He hoped that Prof. Xu will do more work for the improvement of Indonesian smelting technology and talent cultivation while inputting technologies and capitals. Minister Luhut expressed his willingness to make friends with Chinese entrepreneurs such as Prof. Xu to help Chinese entrepreneurs to develop business in Indonesia.

Prof. Xu was very grateful to Minister Luhut for his hard working as he just came back on a business trip and had this meeting with us just ten min after. Prof. Xu also reported to the minister the progress of the project and expressed his willingness to open GEM's postdoctoral workstations in China and the National Electronic Waste Recycling Engineering Technology Research Center platform to train senior smelting technical talents in Indonesia, and to use the GEM factory as an internship base for training Indonesian smelting technology engineering talents. Prof. Xu believes that the localization of Indonesian engineering and technical talents is very important for Chinese companies to invest in Indonesia.

Prof. Xu also introduced his alma mater -- Central South University, to  Minister Luhut, which mining and metallurgical engineering is a world-class discipline. Prof. Xu said he had communicated with the relevant leaders of CSU before this trip, and they intended to cooperate with the Indonesian government to cultivate engineering and technical personnel for the “Belt and Road”. In addition, Prof. Xu indicated that he will fully promote the talent cultivation cooperation between CSU and the Indonesian government and universities, which will cultivate batches of talents in mining and metallurgical engineering for Indonesia. Prof. Xu promised that the global advanced material technology and the green concept of recycling development will be introduced into Indonesia, and the engineering and technical talent cultivation entrusted by the Minister will be done very well. GEM will grow together with the Indonesian people and reward them with successful project achievements and culture exchanges.

Minister Luhut was very happy, and he expressed the willing to promote the talent cultivation cooperation with CSU immediately.

After the meeting, Minister Luhut took a photo with prof. Xu.

Mr. Ridwan Djamaluddin, the Deputy for Infrastructure of Coordinating Ministry for Maritime Affairs, Prof. Satryo Soemantri Brodjonegoro, the Special Adviser of the Minister Coordinating Ministry for Maritime Affairs、professor at Institut Teknologi Bandung Indonesia, and Ms Jona the professor of International Relations of the University of Indonesia, attended the meeting. Mark Huang, the Overseas Business Commissioner of GEM Group, accompanied during the meeting. 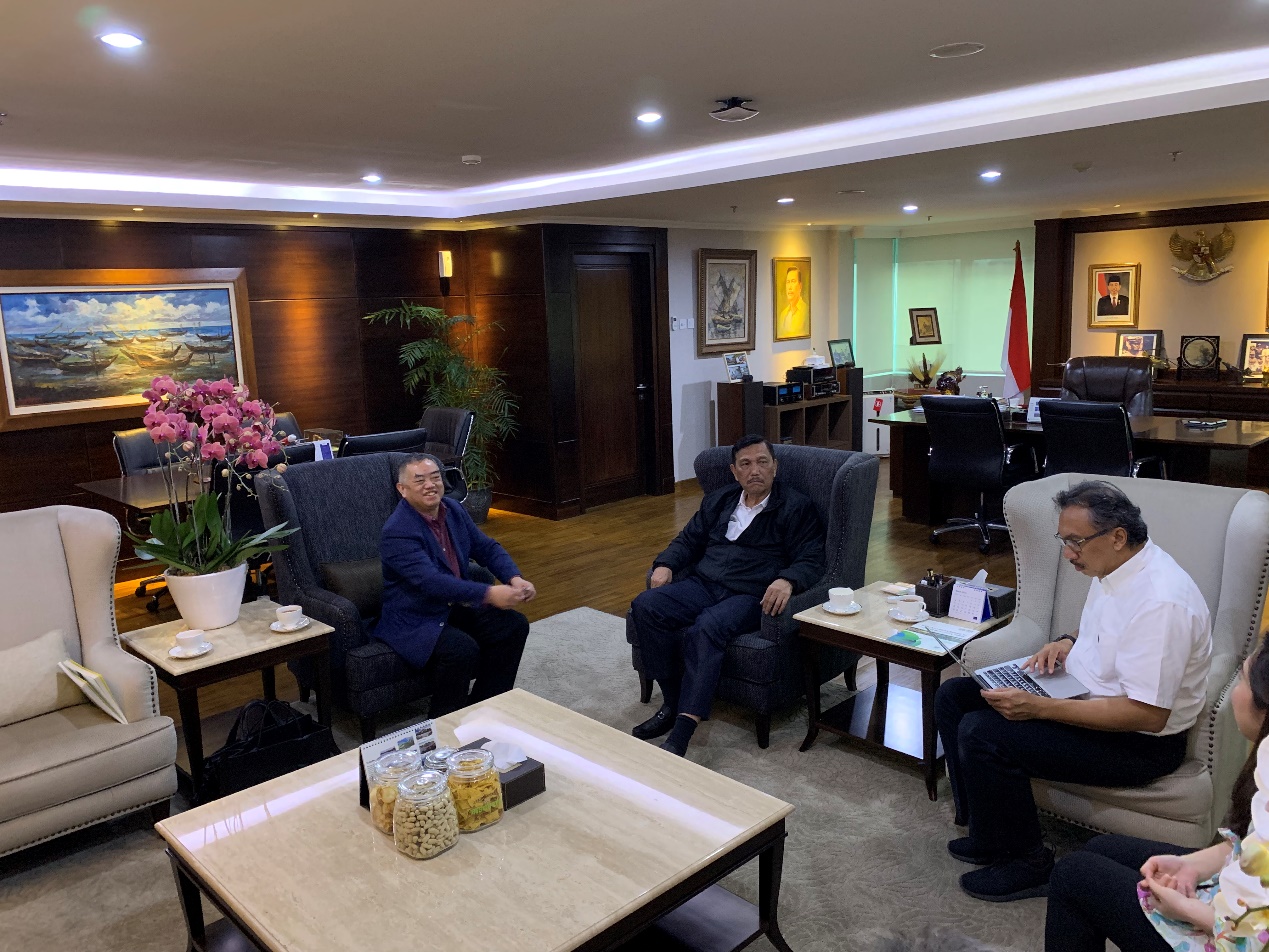 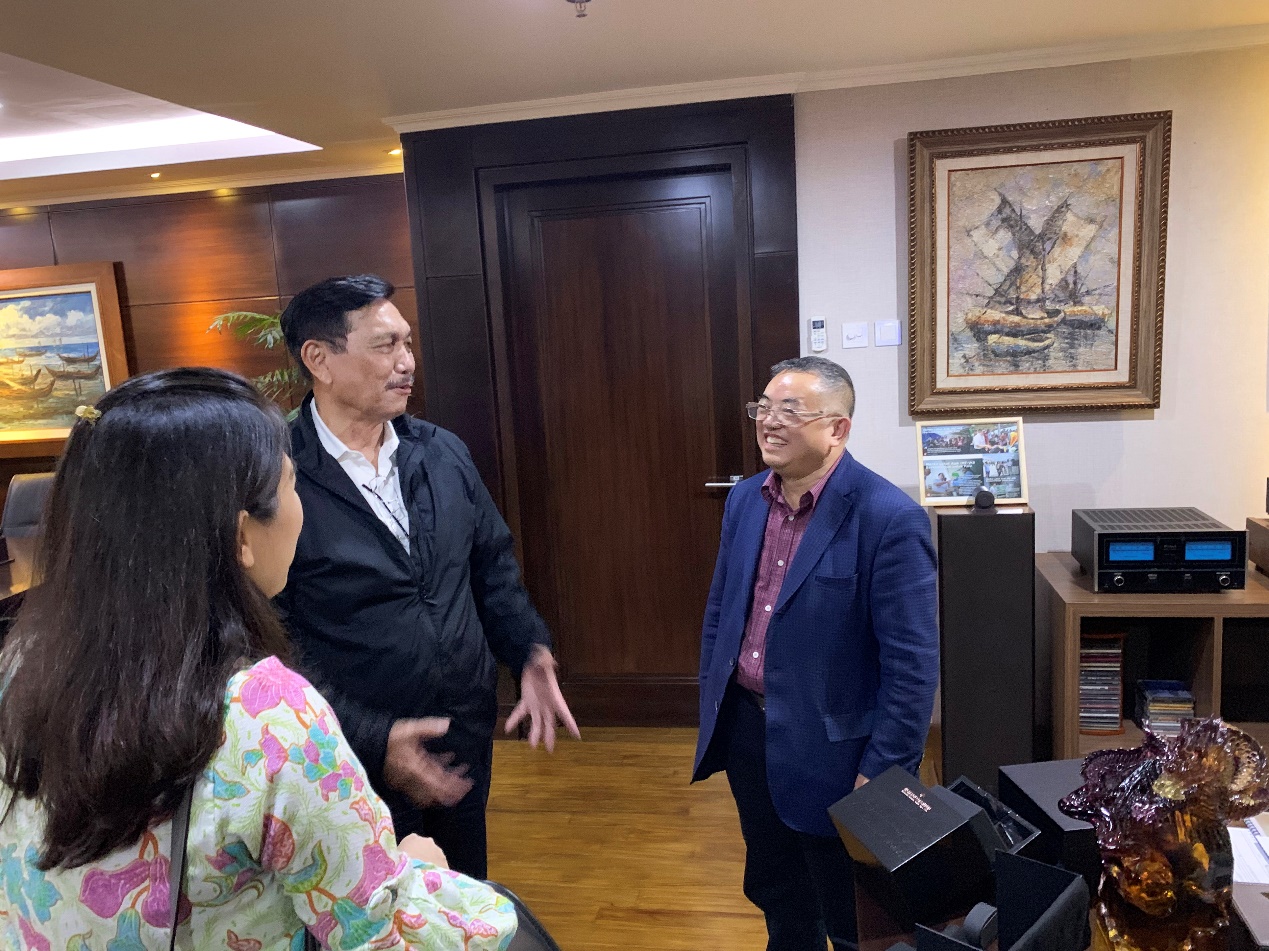 Pic 2: Minister Luhut (left) and Prof. Xu (right) are having a kindly communication 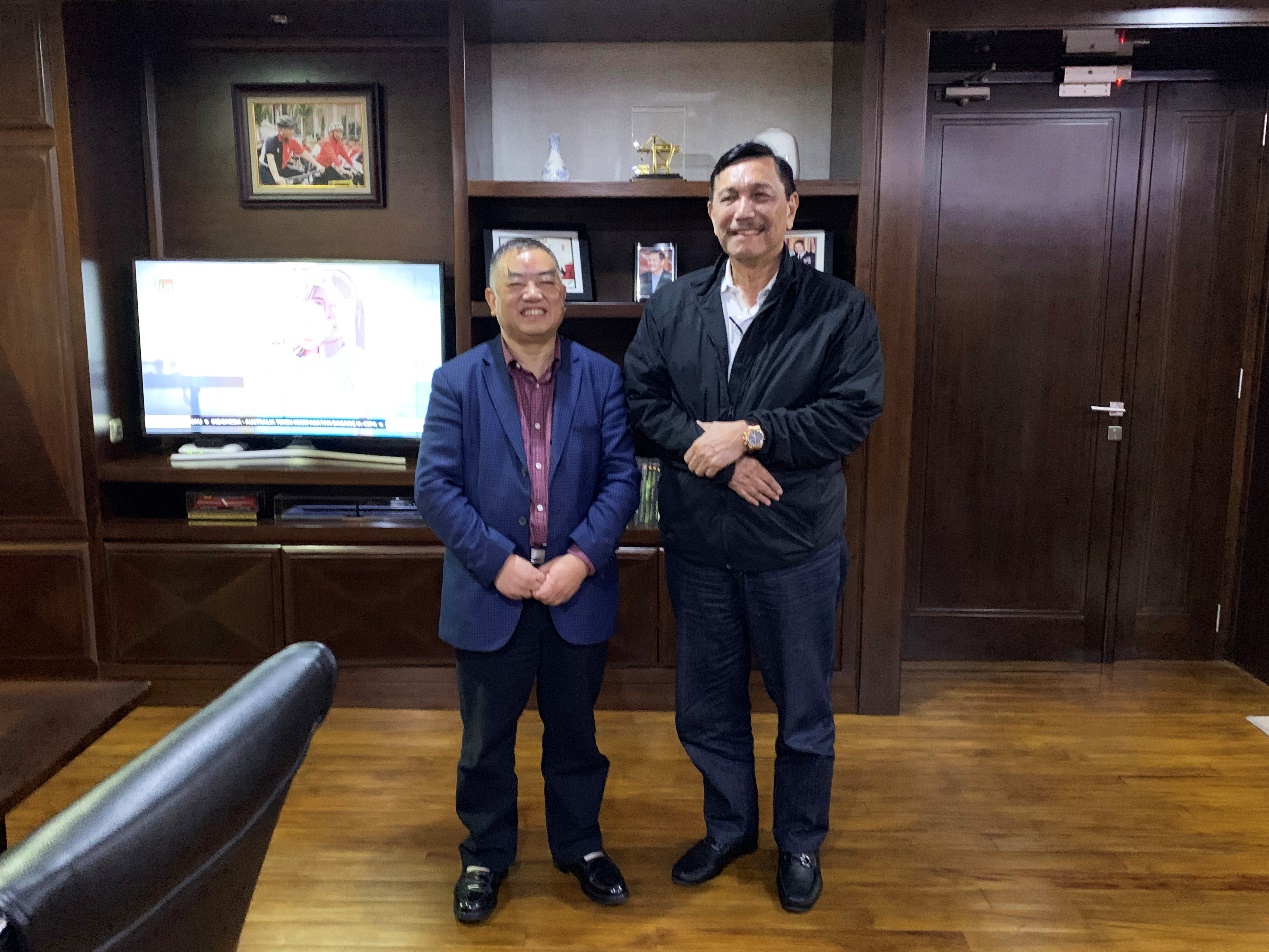 Pic 3: Photo of Minister Luhut (right) and Prof. Xu (left) after the meeting