As Year of the Tiger in 2022 was approaching, each recycling industrial park of GEM, entrusted by Professor Xu Kaihua, Board Chairman of GEM, held in succession the assistance activities of the Chinese New Year. During the activity, the gifts worth about 1.3 million yuan in total were given to the employees with financial difficulties, the surrounding residents and the paired-up poor villages and the personnel working at the front-line against the epidemic, providing them with pleasant warmth and hope of the spring even in the winter with cold winds.

Spring blessing from the Group accompanied employees with warmth

The general Party branch and labor union of the Group concerns about employees. On January 24 to 28, the leaders of the labor union and the directors of the recycling industrial parks led the teams to visit the 221 employees with financial difficulties, and brought them about 1.04 million yuan of cash gifts and other gifts for the Spring Festival. In these employees’ families, the directors from each recycling industrial park talked cordially with the employees, asked about their family conditions, answered questions about the employees’ work, making them feel the warmth of our big family, GEM.

The industrial parks of GEM always keep good relationship with surrounding communities. They have held environmental protection activities for several times, and invited residents from communities, teachers and students from schools and other personnel to visit the parks, spreading the economic concept and green environmental protection industries all over the society. On January 25, the personnel from the GEM (Jingmen) Recycling Industrial Park visited and expressed greetings to the totally 47 families with financial difficulties in Shuangxi Street, Xinglong Street and 9 land-transferring villages, in order to establish society-enterprise friendship and enhance mutual understanding. On the afternoon of January 25, the Party branch of GEM (Wuxi) Recycling Industrial Park, as a member of Party Building Alliance, visited two senior Party members’ families in the Nan’er Community, and brought them sincere care and festival greetings.

An enterprise helps a village for common prosperity

The relevant personnel from GEM always proactively work hard on targeted poverty alleviation in Gong’an County of Jingzhou and Chongyang County of Xianning, Hubei Province. At the Jinniu Village, Gong’an County, the personnel from GEM (Jingmen) Recycling Industrial Park visited 19 families with financial difficulties, and gave them with the Spring Festival gifts worth nearly 120,000 yuan; at the Gaojian Village of Chongyang County, GEM’s personnel visited 10 senior Party members’ families and other poor families, and gave them the gifts worth about 40,000 yuan; the new business entity that was constructed with the funding of GEM increased the income of the collective economy by over 100,000 yuan in 2021, fully promoting the local economy growth. Secretary Wang of Gaojian Village expressed his gratitude for GEM’s continuous funding, “the village has changed rapidly for these years, and the income of villagers has practically been increased.”

GEM, with great love, presented warmth to personnel working at the front-line for preventing and controlling the epidemic

Though the Spring Festival was approaching, the personnel working for epidemic prevention and control were still working at the front-line. On December 31, 2021, and January 28, 2022, the personnel of GEM (Wuxi) Recycling Industrial Park visited the epidemic prevention personnel at the Sunan Shuofang International Airport who were still working hard and selflessly at the front-line against the epidemic, and brought them warmth retention down vests, cotton coats, hot-water bags, hot packs for feet and other warm retention items as well as 400 protective suits, so as to thank them for their sacrifice of family reunion and their contribution in guaranteeing the health and safety of more people in epidemic prevention and control. Lu Bin, the Deputy Direction of the Management Committee, Wuxi Airport Economic Development Zone said, “GEM is a great enterprise with sense of social responsibility”, and, together with the airport staff, thanked GEM for its kindness. 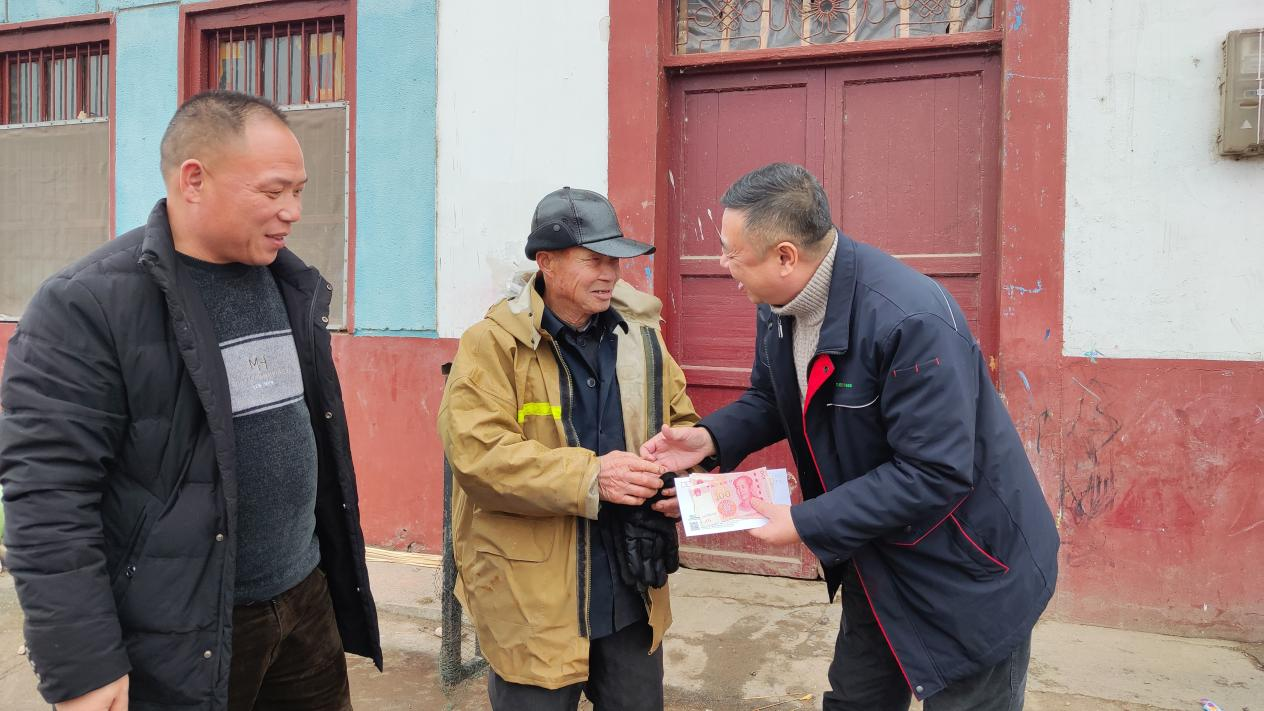 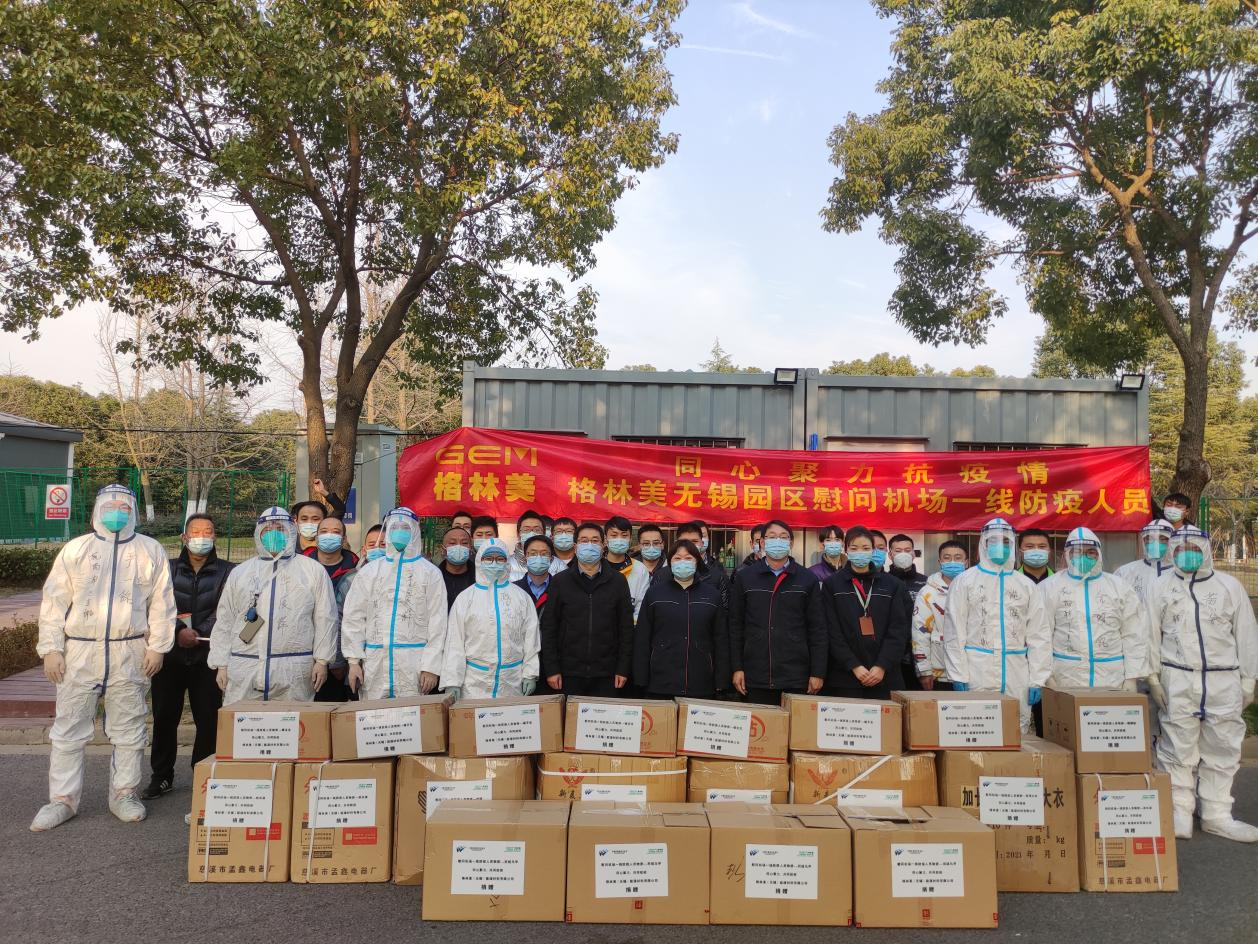 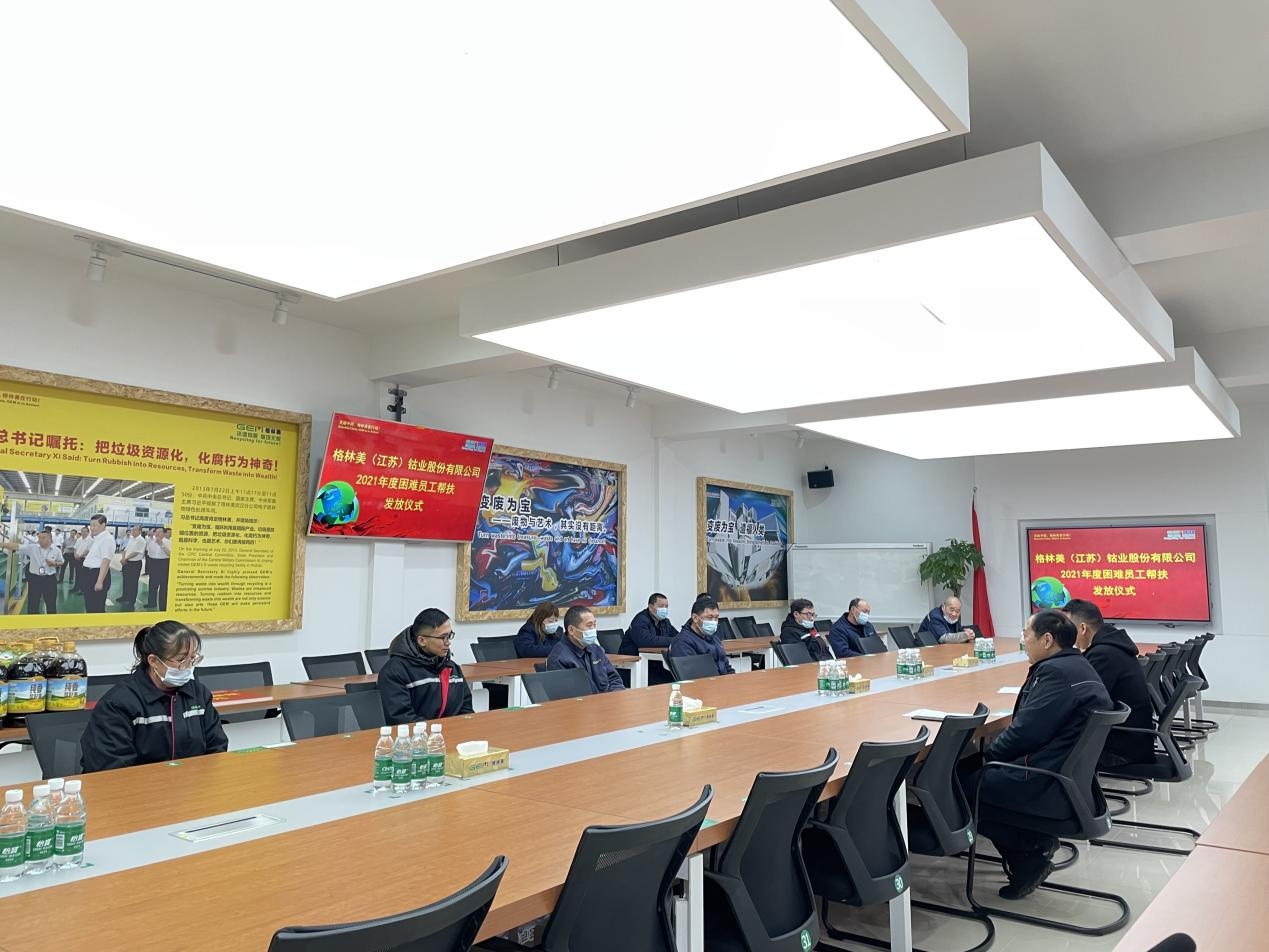 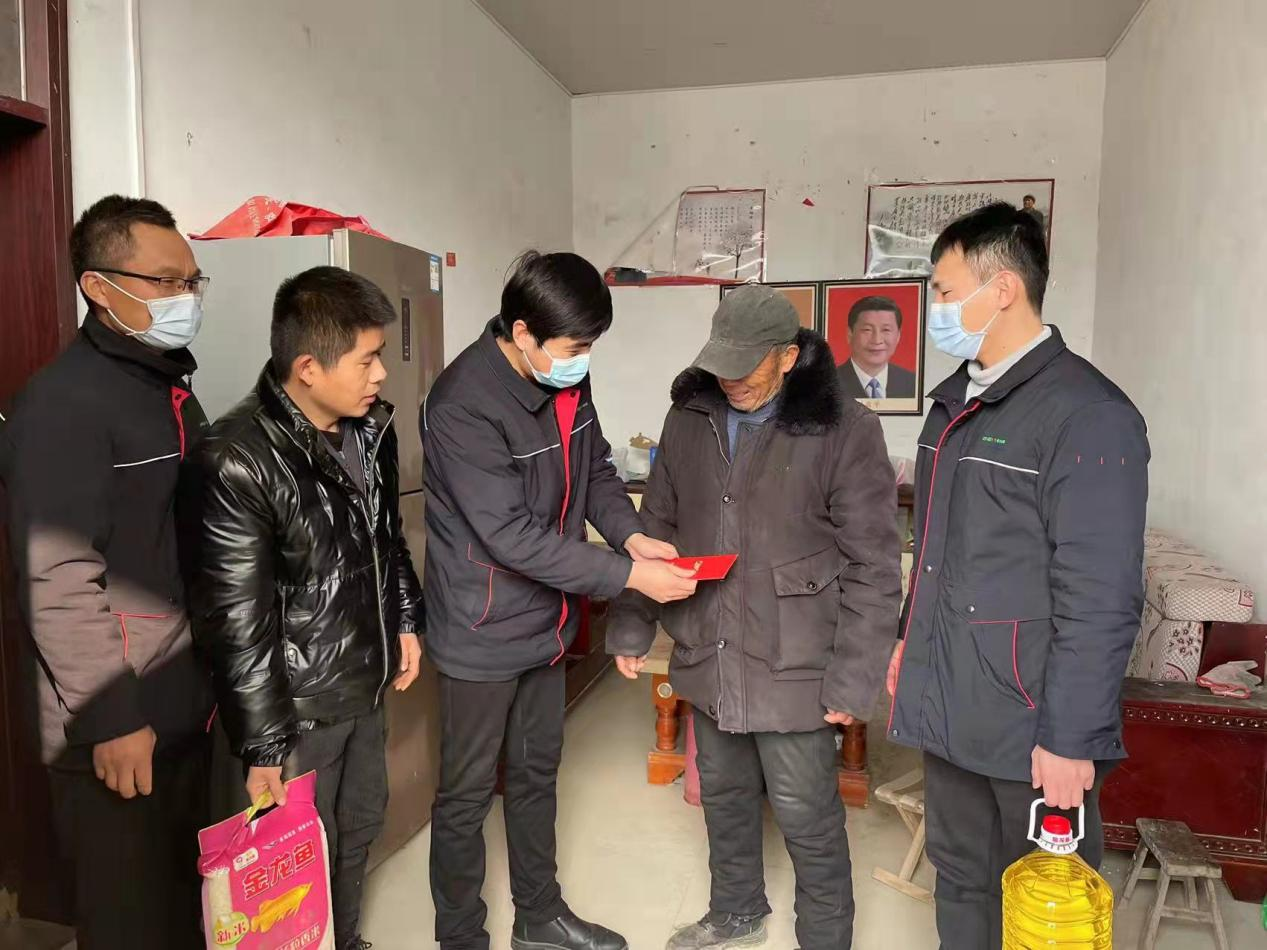